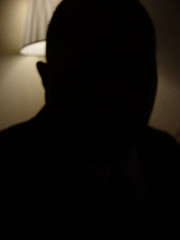 Every spring, variations of the same email start to pop into inboxes promising that if the recipient simply forwards it to their friends and relatives and they do the same...then gas prices will magically go down.  Presto Change-O!  Simply based on the number of these that I get from friends, colleauges and strangers, gas prices should be at about 4 cents a litre by now.  Maybe it didn't work because I broke the chain and didn't forward it!  Or maybe it's for other reasons... 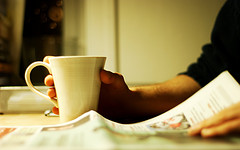 I received an unexpected wake up call this morning from a radio station looking to talk about gas prices.  After fumbling through the interview, I was awake and in the unusual position of having some spare time in the morning.  So, I picked up the Toronto Star off the porch (which is unfortunatelly often found at the end of the day with the rubber band still wrapped around it) and thumbed through it.  I'm glad I did because there was a great article on diesel prices by Tyler Hamilton (no relation that I know of).  For those who are interested, or haven't yet pulled the rubber band off the paper, here's a few highlights.

Gas Prices: Beyond The Grill 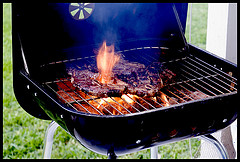 You may have caught some of the coverage from the recent US Congressional hearings into gas prices.  According to the media, oil company CEO's travelled to Washington to be "grilled" and "grilled" again by Congress.  I get that people fed up with high gas prices are likely looking for a good public flogging, but there is way more to the story.  So let me share a few of the interesting tidbits that didn't find their way to the very busy Congressional "grill".

Corner Gas to Turn Off the Pumps

Sad news for fans of Corner Gas, the highly successful Canadian TV series about a gas station owner and his friends in Dog River, Saskatchewan.  Show creator Brent Butt said today he wanted the show to "exit gracefully, on top of our game, when we're at our prime..." so the 2008-09 season will be it's last.   You have to respect that.  And so do others here, here and here.  Thanks for the laughs.

I remember when it first premiered thinking "who is going to watch a tv show about a guy who owns a gas station?"  Turns out, plenty. That's because it's a funny, clever little show with a great cast. I don't watch it every week, but have a friend named (identity protected) who will laugh through an entire season on DVD in a single weekend. Not too many Canadian TV shows can make that claim.  Unless of course someone puts the Beachcombers on DVD soon.

ABC's of an Industry There are some key ways to measure the success of an individual company – most  obviously and frequently cited is the financial success of that company or its return on investment to shareholders.   But how do you measure the healthiness of an industry overall?

Continue reading "ABC's of an Industry" »