Home About PumpTalk Links of Interest Archives français (accueil)
Slow Down! Speed doesn’t equal fuel efficiency.
For those about to Blog...

A Crude Drop in Gas Prices 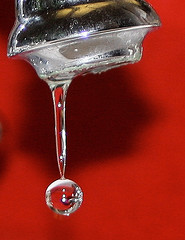 I received a number of calls and emails last week from people expressing their concern (perhaps too soft a word) that pump prices had not dropped in lock-step with the price of crude oil.  As you begin to stare down another work week or prepare to head out on vacation, you may be thinking the same thing. So let me shed a bit of light on what's been going on.  The short answer is that, for the most part, gas prices dropped last week.  The long answer is a little more complicated.

Last week, we saw crude oil prices drop about 13% to about $129 a barrel.  After the markets closed on Friday, Reuters proclaimed that: "Oil's losses this week are the steepest in dollar terms since futures began trading in New York in 1983 and the steepest in percentage terms since December, 2004."

While the drop in the price of crude was getting a lot of media attention, so was the unfortunate "expert" prediction that it could take anywhere from 5 to 7 days before the price at the pump dropped in  response.   I heard it the moment my radio alarm went off on Friday morning..."Think gas prices are going down?  Don't hold your breath..." and knew I'd be getting calls all day.   Thankfully, the prediction didn't appear to be based on much research as prices had been dropping all week.  A quick bit of research showed the following"

I picked a few examples and rounded a bit for simplicity.  If you're looking for your community, check out the always well-researched, MJ Ervin.   For up-to-date prices, just check out the site locator on our corporate website.

Now if you live outside Toronto, you are likely wondering why gas prices haven't dropped as much.  To quote one of my favourite lines from Saturday Night Live's ChangeBank ad, "The answer is volume."  A busy gas station in Toronto can go through one to two tankloads of gasoline in a day.  As a result, Toronto gas prices are very sensitive to changes in commodity prices.  And prices dropped a little less in the West as commodity prices for gasoline stayed stronger than those in the East.

As I've talked about before, gas prices and crude oil prices are connected, but don't always move in unison.  Also, when crude oil was making it's upwards run last year, Canadian gas prices lagged well behind as the high Canadian dollar sheltered consumers from the full hit.

So what will happen this week?   Well, I won't be making any predictions, except that others will likely step blindly into the media spotlight to predict the unpredictable.   I'd bank on that one.

so what accounts for the sudden drop in crude oil prices? Does "Drill Now" equate to save money later?

I have seen a 3-cent decrease in pump prices for Regular unleaded here in Terrace BC in the last week, but Diesel prices have actually gone up ($152.4/l). Why is that, and why is Diesel so much higher than gasoline now (as opposed to a year ago, when it was 20 cents-per-litre cheaper)?

Were Petro Canada afraid to notify card holders that this was going to Happen? We feel it is the least that should have been done.With the huge extra profits Oil Companies are making since the price of crude rose, why did Petro Cananad decide to stop the 3.5 cent discount at the pumps?there is just a ridiculous sign at the pump stating the pump price is the sama as the sign price.This has always been the case prior to the discount being taken off at the pump.At the station I use most, 7591 Vedder road, Sardis, B.C. there were some very annoyed customers today, who, like myself, when realising the discount had not been applied, shut off the puimp, me at $5.00, last week $82.00. It is disgusting rip off.

Apologies for the tardy response. Unforunately, I don't have a definitive answer for you...and it's difficult to find one. We don't set the price of crude, so we rely on experts to help explain why it goes up and down. Some say it is classic supply and demand...the world keeps consuming and new sources are not coming on stream fast enough to keep up today or in the future. Others point to investors moving from the sagging US dollar into commodities, taking the price of crude, coal and other agriculture commodities for a wild ride. The US Senate spent a great deal of time and money trying to figure out which of the two theories was at play and haven't made much progress. I've posted on some of these theories.

First, I love the name. Has to be a great back story for that one. With respect to diesel prices, while demand for gasoline has not moved much, demand for diesel has continued to increase. I talked about that in a post a few months ago that you can find here:

Thanks for your comment. Each community is a little different when it comes to gas pricing. Price wars, free giveaways, discounts, etc happen at various places from time to time. Discounts have been popular in much of BC for a period of time, but these things are always cyclical like a price war. They are not permanent, but more like a sale or promotion you would find at any other retailer of merchandise. Other competitors in your area have already moved away from the discount and we are not able to sustain that anymore if they are going to post prices without a discount.

As for the sign, it's the same approach coffee retailers take when a price change occurs.

Keep looking for the most competitive price in your area. With the discount out, any discount based on competitive activity will be rolled into the price sign.

Jon, you forgot to mention that the removal of the 3.5 cent discount for Petro Points cardholders is now given to everyone, regardless whether they have a Petro Points card or not. Up until this point, PetroCan was the only retailer with a card-based discounting system - the same savings are now passed on to every customer. This isn't intended to devalue the merits of the Petro Points card, especially now with the 5 Cent/Liter Fuel Savings Card available with Petro Points redemptions. We will likely see other retailers following with removal of at-the-pump discounting.

Apparently it was raised in fear of the oil off the Texas coast. This is rediculous and in y opinion is the best example of price gouging on the part of the oil companies including yours. I look forward to your reply.

"The long answer is a little more complicated."
When gas prices were rising to $140 a barrel the gas stations were so quick to raise the price at the pumps. That same gasoline in the resevoir tank at the Petro Canada didn't cost Petro more. The gas delivered the next day had nothing to do with the increase per barrel. But it went up anyways. Now prices are falling. Today below $81 per barrel. Will gas prices reflect this and be near the 80 cent range tomorrow. No. It takes time for that gasoline to reach the pump. Come on. Which is it. You can't have your cake and it eat too!!!!!!!!!!!!!!