Home About PumpTalk Links of Interest Archives français (accueil)
Gas Prices & Crude Oil: An Up & Down Relationship
A Crude Drop in Gas Prices 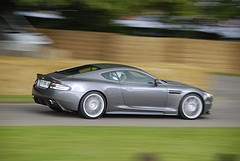 This weekend, I’m heading out of Calgary for a wedding. I’m not doing the driving because a few of us have decided to carpool (I think I get fuel efficiency points for that). But I must confess that when I am behind the wheel, I have a bad habit of going over the speed limit.

I need to break that habit – or should I say brake? – because it’s dangerous. And as if safety isn’t a good enough reason, slowing down also has other perks. I recently read in the Globe and Mail that by driving 100 km/h instead of 120 km/h, your fuel consumption can drop by 20 percent. (Now that definitely earns fuel efficiency points.)

CNN agrees. An article I read on one of their sites says that in a typical family sedan, every 10 miles per hour you drive over 60 mph is akin to the price of gas going up by 54 cents a gallon. US currency and Imperial measurements aside, that’s math worth taking note of. Also noteworthy, the CNN article explains the calculations and mechanics behind this statistic; check it out if you’re curious.

I’ve also seen a few other sites that have information on how speed relates to fuel efficiency. For example, Ask Yahoo and Howstuffworks both discuss the best speeds for maximum efficiency.

In googling the subject, I came across a blog called “Road Rules”. The post I read described the increased fuel consumption and emissions that are caused by jackrabbit starts and hard braking. The author also mentions a fuel efficient driving course, which advises people to take it easy on the gas pedal and to allow enough following distance so there's time to decelerate by coming off the gas (rather than by slamming on the brake).

Going pedal to the metal might get you somewhere a little bit faster, and you might think you look cool doing it (for a demonstration of looking cool, check out the speeding Aston Martin that I recently saw Kobe Bryant jump over on YouTube), but is that really worth it?

(And yes, I know, the Kobe Bryant video has nothing to do with fuel efficiency, but it's weakly related to speeding and it is pretty cool. Take a look if you haven’t seen it already.)

In the Netherlands the government started the "new style of driving" to reduce the fuel consumption. This is a combination of changing up gears quicker, at 2500 rpm max., slowing down when approaching a red traffic light, keep your tires at optimum pressure and drive predictably to maintain a steady flow of traffic. I have tried this and it does work, fuel consumption is going down and maintenance costs are reduced.
But I think there is one very effective tool to reduce the fuel consumption even more by NOT using the car. I am a strong believer in reducing commuting traffic by working from home one day or a working week of four days (10hr/day) this way you can reduce commuting traffic with at least 20% and by travelling outside the peak hours it will have an positive effect on the total hours commuting. Funny enough there is still a conservative attitude towards this?!?!? To me this will be the answer to reduce the fuel consumption, traffic congestion during peak hours, it will be more productive and less stressfull. To me a win/win situation but why are we not going for this globally puzzles me?

Thanks Martin. It's great that working from home works for you. I haven't posted in quite awhile (our gasoline shortage in Western Canada, and then gasoline prices, have taken centre stage), but when I talk about fuel efficiency, I try to focus on tips that everyone can use...even if they have a long commute or have to drive a bigger vehicle, etc. It's always good for us to remember, however, that there are some bigger steps out there that we can be working toward.

Thanks for taking the time to write.
Kelli