Home About PumpTalk Links of Interest Archives français (accueil)
Aerodynamic drag and babies? ‘Cause babies come with a lot of stuff!
Gas Prices...Strange Magic or Upside Down? 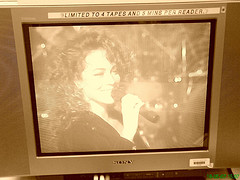 What a difference a few weeks can make.  Just two months ago gas prices hit levels that had not been seen before after riding a wave of high crude oil prices throughout much of 2008 that crashed right into a nasty hurricane season.  Now, we’ve turned back the clock to pump prices not seen since Mariah Carey was at the top of the charts.  Sadly, and somewhat surprisingly, I’m only talking about the album she released in 2005, but still.  Before I start to feel any older, let me share some charts.


I’m not a big fan of charts, but the good folks at Fuel Focus know how to keep it simple and interesting.  This one starts at the beginning of 2007 and shows the average Canadian gas price (with and without taxes) and crude oil.  Notice anything similar?  Now I’ve talked about how crude oil and gasoline don’t march in lock-step in the past.  But to those who continue to believe gas prices haven’t dropped with crude oil… notice any similarities?  I’ll move on.

This next chart uses the same festive colours, but shows something different.  Those three lines are the average Canadian gas prices for each year.  It looks like 2008 (the red one) lost its footing and took a dive, crashing through 2006 and 2005 levels in less than 2 months.

In fact, gas prices have dropped more than 50 cents to return to 2005 levels…when rapper 50 cent was right behind Mariah Carey in album sales.  A strange coincidence?  Or just a sad attempt by me to appear young and hip?  You be the judge.

Editors Note:  Sorry if you saw an earlier version of this post that was a little wonky.  Our platform provider has made some changes that I'm not yet used to.