Home About PumpTalk Links of Interest Archives français (accueil)
Biggest Comment Ever - I had to post it.
Higher commodity prices take gas grices to highest level in 2009 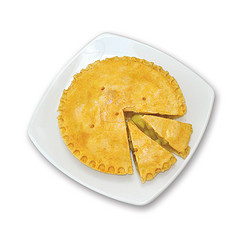 Ok.  I've pulled together some information to answer, to the best of my ability, Rob's questions I posted about our "Understanding Gas Prices" pie-chart pump decals.   As you may have guessed, with data gathering and other distractions, this response took me a little longer than I had hoped.  The good news is that a few others got into the discussion with Rob in the comment section.  I love that - not because others are doing my job for me, but because it's what social media should be all about.  I'm just part of the conversation.  So here goes...

First off, a bit of disclosure.  In my last post, I confused Rob with another Rob who frequently comments on this site.  He clarified in a comment, so from here on in he's Oakville Rob.  And after posting the full comment last time, I have edited the questions in this post to keep it brief.

Where do we get the data?

I wrote about this a year ago.  Most of the information comes from MJ Ervin, the folks who track gas prices in Canada.  Among other things, they compile weekly data from major branded gasoline retailers and independent retailers in 60 cities across the country.  At the end of the year, they determine the average Canadian pump price for regular gasoline, including the percentages allocated to crude oil and taxes.  We use the MJ Ervin data to ensure we're reflecting consistent industry information.  If you are interested, their website provides a detailed accounting of their methodologies.

With those percentages, we start to put together the pie-chart.  For Refining & Marketing Costs, we take the MJ Ervin average price, strip out the taxes and crude costs, then determine a number based on information found in our Annual Report.  For example, we determine the Profit number using the Net Earnings after Tax for the entire Downstream divided by the volume we sold in that year.  I like that approach as it's all based on solid, published numbers anyone can find on our website.

When did we launch the first decal?

It was back in 2000, when the average Canadian price per litre of regular gasoline was 71.5 cents.

Downstream Net Earnings after Tax in 2005 = $397 million.  In 2007, it was $629 million.  A sizeable jump, but you have to remember that the price at the pump is more a reflection of global and regional  commodity markets, which is beyond the control of anyone in the business.

At times, yes, but it's not that simple.  First, the price of crude oil is determined by the commodity markets, so while we are a producer, we are also a price-taker.  As Natural Resources Canada stated last year:

"The supply and demand for crude oil are balanced in a worldwide market, so that every refiner around the world has to pay the world price for oil....

Translation: Crude oil is considered a feedstock cost when it comes to refining.

In terms of making a profit on crude oil....Given the rising price of crude oil in international markets recently, it is to be expected that Canadian oil producers would benefit. The upstream (exploration and production) part of the industry is reporting good returns compared to those they experienced in 1998 and 1999 when crude oil prices were at historically low levels."

What is the % Petro-Canda profit on crude costs?

As stated above, crude oil is considered a feedstock cost when it comes to a refining which is based on the world price, therefore it's impossible to break it down.  If you are asking if our Upstream operations are profitable, it depends on how the commodity markets are doing.  Our results in 2006 and 2007 were strong, as documented in this presentation, but global crude oil prices have dropped significantly since then.

Given the massive price fluctuations in 2008, I'm guessing we might not see a pump sticker this year...can you provide any of the 2008 numbers here?

I'm going to leave this for a post next week as the new decals have just been shipped to the sites.  We are doing something different this year, but more to keep the information fresh.  Watch for an update soon.

Are the stickers designed to highlight how much tax we pay on gas as they are cut away from the pie-chart?

I can see why you might think that, but it's not by design.  In trying to keep the design fresh each year, we've tried various placements, colours, etc. It even went through a nasty neon phase at one point. We've heard the accusation before.  In 2000 the tax percentage was 42%, which is a big piece of the pie no matter what colour it is.  At the time, some folks felt we were trying to simply highlight tax portion.  I responded that if you were sharing a pie with friends and one person took over 40% of the pie, you'd probably notice him first too.  With global crude oil prices rising between 2001 to 2008 and the GST dropping, the tax percentage dropped to 32% in 2008.  While Federal and Provincial taxes are still a significant percentage of the pump price, they pale in comparison to what the Europeans pay per litre.  As for the fluctuation when the price rises, Oakville Rob is correct that it is only the GST or HST that moves up and down.  It's also important to note that the GST or HST is also based on the overall price per litre, including fixed excise taxes.

There are a few more questions to cover, but quite frankly, I'm exhausted and this post is getting a little lengthy.  I hope Oakville Rob and the others find this information helpful.  The links throughout will take the most dedicated reader to lots of other detailed information.  As for the questions I didn't get to, this conversation will continue.

Here is the biggest issue concerning consumers: We are currently paying the same prices for gasoline as we were paying when oil was $90 per barrel. With oil being below $60 per barrel right now we should be paying down around $0.60 per litre.

Here is what consumers ALWAYS say to me: "They are ripping us off"

People say that because there is always an excuse. When gasoline was getting very expensive last spring it was "Oh well, oil is very expensive" and now that oil isn't as expensive the reply from the petroleum giants is "well the refining costs are so high". People are sick of being taken advantage of.

i beleive we are all being rip off

Government-regulated gas prices is the answer. That will screw these fat oil bastards right back over.

What's going on when there's a five cent spread between the gas stations in one town within less than ten blocks?

Big oil always tries to make everyone believe that taxes are the reason for high prices. This isn't true. If you want credibility post profits at every level that profits are taken. The retail profit is the last time in a series of profits taken by oil companies.

your stickers are an outright lie if they say the price at the pump is 48 % crude price...crude at 70 per barrel translates into a price of $1.40 per gallon divided by 4 = .35 per litre so even at 50 % crude at the pump the price would be 70 cents at 70 per barrel it is under 70 dollars right now so why am i paying 93 cents per litre? spin this quick get mj ervin to come up with another lie

all these comments with no answers...must not have been in the email from petro canada i guess

Still no response on the comment about the sticker on the pump. Today crude is $84 for a barrel of 189 litres. That is .44 per litre. According to the pie chart $1.19/litre at the pump should be .57 for crude, .20 for refining and shipping, .38 for taxes and .035 for profit. Should it say 13.5% or $.165 per litre for profit? They say we pay more on the west coast than Toronto because of the extra shipping cost. How come they sell milk from Quebec in BC for less than local milk? What about the extra shipping cost? Something does not add up.