It’s hard to believe it’s been five years since the tragedy at the British Petroleum (BP) Texas City refinery. The March 23, 2005 explosion killed 15 people and injured another 170, the U.S. nation's worst and most fatal industrial incident since 1990. It’s sobering to think about how many lives were impacted by an incident that, as the reports following the investigations showed, could have been prevented. I still remember watching the images on the television following the explosion. I had just moved from another industry to continue my public relations career in the world of refining and energy and thought to myself as I watched the coverage of the BP incident, “I work for the energy industry and a refinery, now. I hope I never have to go through this situation.”

Following tragedies like the BP incident in Texas City, the critical question is always why? What really happened that day five years ago so that it can be prevented in the future? There are learnings from the incident investigations.  The Texas City explosion occurred when part of the plant’s isomerization unit, which raises the level of octane in gasoline, overfilled with flammable liquid hydrocarbons. The flammable liquid and vapor ignited as the unit started up. Alarms and gauges that were installed and meant to warn of the overfilling equipment failed to work. More specifically, the investigations pointed to an outdated pressure release system called a blowdown stack that was at the heart of the failures. 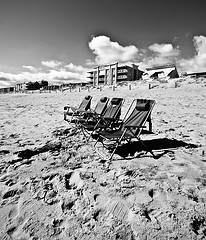 The middle of March is now upon us, and it's a very exciting time for most school-aged children, and their parents.  It's that lovely week that gives you a breath after a long winter (kind of), and gets you excited for the summer months to come.

I wanted to wish everyone a very happy March Break!  If you're traveling by car, be sure to check out some tips we have on fuel efficiency.  Or if you're luck enough to go by plane - enjoy.  Even if you're staying around the house - have a safe and wonderful week.

Just think, this means summer is that much closer.... 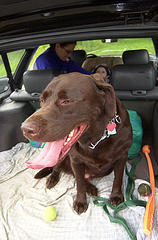 I spend way too much time in my car. With three teenagers in my household, I’m always driving someone somewhere – or picking up groceries because the fridge is empty at 10 pm. on a Wednesday.

I came across an alarming statistic…did you know that we spend, on average, about three years of our life in our cars?  And, did you also know that that car is teeming with bacteria? Guess where the number one dirtiest spot is?  The gear shift – followed by the trunk! Check out this story about a microbiologist survey of 1,376 car owners and their cars in England. (The gear shift has 356 germs per square centimetre.)

The cars where children and pets frequently ride not only had the highest amount of bacteria, but also the greatest range of types of bacteria. Cars with higher mileage had more bacteria and worse fungal air quality. And 16 percent of the survey participants confessed they typically leave uneaten food inside the vehicle instead of throwing it in the trash. Ugh.

Discussion of a Harmonized Sales Tax (HST) is heating up in Ontario and British Columbia.  Many consumers have been wondering what will happen after July 1st of this year when these provinces roll out this change.

A year ago, Pumptalk gave you HST and Gas Prices 101 – Jon Hamilton did a fine job of outlining the issue in Ontario and providing some examples - this info still works well today.

We will be keeping an eye on this – we suggest that you do the same.