A Brief Conversation With Those Who Set the Price.

As we approach another summer long weekend, I’m sure many of us are hoping for great weather and good times with family and friends.  It also means that the rumour mill is starting to churn again that we need to plan ahead and gas prices are going to go up.   I’ve watched long weekend pricing more carefully now for a number of years, and have seen that yes sometimes the prices do go up; but just as often as not they pretty much stay the same or even go down.

Continue reading "A Brief Conversation With Those Who Set the Price." »

At Pumptalk, we have engaged our readers on broad issues related to our business like gasoline pricing, conservation and safety.  We have been determined and deliberate to avoid talking about new product offers, or marketing activities that many people in our company are working on every day.   Having said that, over the last year we have seen quite a bit of change in our retail business, and we have been getting a growing number of questions about what’s happening.  So, I’d like to take this opportunity to answer some of those questions directly for you.

When the rubber hits the road 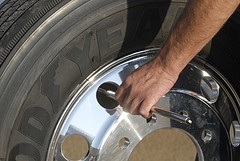 It always amazes me how simple things can be so complex. The next time you are visiting your retail gasoline station, take a quick look at the air filling station. It is a simple device to keep your tires from going flat, right? No. In fact, it is a critical device that can save your life, save you money, improve gas mileage and reduce greenhouse gas emissions. The value of vehicle tires is often not fully considered.

Continue reading "When the rubber hits the road" »

The breeze or the freeze: air versus air-conditioning

Windows up? Windows down? Air conditioning cranked?  What’s a driver to do? 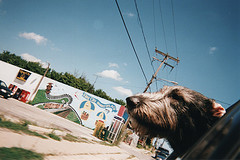 My 16 year old daughter (new driver) and I got into quite an animated discussion last week on how best to stay cool when driving.  We are fortunate enough to live in a climate where plus 30 degrees Celsius is considered a heat wave (and no humidity) – so we do have choices as far as either rolling the windows down or putting the AC on. But what about the impact on fuel efficiency?

So I googled the words “Windows versus AC” and wham!  63 million hits later…..and everyone seems to have an opinion! Personally, I like to have the windows down when driving around the city – and then rolled up on the highway with the AC on low – but that’s just me – or so I thought. After reading various articles and blogs, I headed to the Consumer Report website to get their take on this.

“Some people advise you not to run the air conditioner because it puts more of a load on the engine, which can decrease fuel economy. But others say that opening the windows at highway speeds can affect gas mileage even more by disrupting the vehicle's aerodynamics. In our tests in a Honda Accord, using air conditioning while driving at 65 mph reduced the vehicle's gas mileage by over 3 mpg. The effect of opening the windows at 65 mph was not measurable.”

And so, like the Kennedy assassination, the windows-versus-air conditioning question continues to defy any attempt to lay it to rest.

Bottom line? Do what's most comfortable when driving on the highway since you're not going to save a whole lot of gas either way, say experts.

If you're driving around town on errands, you might save some gas rolling down the windows instead of using the A/C.

If anyone else has words of wisdom on the subject, I’d love to hear it.