Observations of a fledgling gas jockey 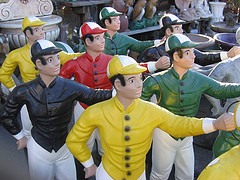 In my first blog entry on Pumptalk, I wanted to address some comments made on recent posts. I’ve noticed a lot of the comments centre on pricing issues and our readers question whether prices are set competitively. For someone new to the industry, this really is an important issue – competition in our industry is vital as in every competitive marketplace. Although I hadn’t given pricing too much thought before I joined Suncor and in recently getting my first car, I now understand that our customers are extremely aware of what they’re paying in this area versus other parts of their budget. When you drive up and see those large numbers posted, they tend to take better hold of your attention than in a grocery as you collect item after item.

Some birthdays are ALL about the number…

They say a birthday is just a number and it’s all about how you feel, not how old you are. Not so with your tires. As you can see, I’m staying on this tire safety theme. You read in my last post that taking proper care of your tires is important for the overall safety of your vehicle, its passengers, not to mention helping with fuel efficiency when the tires are properly inflated. In fact, next to a smart and aware driver, your tires are truly the most important safety feature on your car. And, when it comes to your tires and their “best used before date” or “birth date”, it is all about the number.

Continue reading "Some birthdays are ALL about the number…" »

The end of an era 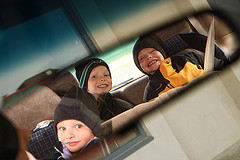 There is something very special about a family vehicle – especially one that has been a part of your life for 15 years.

In October, 1993, my husband and I purchased a 1993 Ford Villager in Brandon, Manitoba.  It was a Merlot wine colour, with a gold racing stripe along the side.

Our Villager never had a name, we just affectionately referred to it as ‘the van’ – and it took us everywhere.  We vacationed all over the western provinces and traveled to numerous tournaments for soccer, judo, hockey and lacrosse.  The van took us to weddings, funerals, a variety of shopping malls (we have girls!) and was our primary mode of transportation.  We ate in it, slept in it, our kids got sick in it, and it pulled our Coleman tent trailer to many a mosquito-infested campsite.

As the years went by, things began to go wrong on our beloved vehicle.

An odd electronic seatbelt system (referred to as a ‘belt retractor’) refused to work if the temperature dipped below -10 degrees C. (and living in Fort McMurray, Alberta, this happened a lot!)

The transmission died at a four-way stop sign in Boyle, Alberta (population 918) late on a Friday night.

And heaven forbid you rolled down the electronic windows in the cold -  many a time we had to drive around ‘windowless’ after a lengthy stop at the Tim Horton’s drive-through.

There were also many stains, nicks and dents on the old van that we just never were able to remove; I guess these all just added to its personality.

Our van was a loyal companion but the time finally came at the 268,000 kilometre mark on the old odometer. It just didn’t make financial sense to repair the van’s various clunks and rattles.  The call was made to the Kidney Foundation of Canada for a vehicle donation pick-up. Photos were taken; tears were shed. We did the final clean-up of the van and paused, one last time, before sliding the side door closed.

I’m driving a Toyota RAV4 now. I trust it and feel confident in it – but I just don’t feel the same affectionate vibes that I did in the van.  RIP, 1993 Ford Villager – you are missed.

Does the Sunday drive still exist?  I can recall my parents wrestling my sister and me into the backseat of our Ford Fairmont for a ride out into ‘the country’ (considering Sarnia, Ontario felt like a metropolis) to pick apples, have a picnic, etc.  Sunday shopping was not an option in those days, so we were forced to create our own fun and the family car (I have no idea how we managed with only one) was our ticket to adventure.

Has driving become so monotonous that we loathe getting into our cars just for fun or do we feel guilty for creating discretionary greenhouse gas emissions on the weekends?  Reading Michael Vaughn’s recent column in the Globe and Mail got me thinking about the progress that has been made to reduce vehicle emissions over the past few decades.

The bar has been raised significantly on emission standards for vehicles.  The sulphur content in gasoline and diesel fuels has been reduced dramatically.  Bio content in diesel and ethanol-enhanced gasolines are reducing on-road emissions even further.

However, we still have a long way to go.  We may never view the internal combustion engine as being green, but we can take some comfort in the strides that have been made.

Pack up the kids and start your engines.