Home About PumpTalk Links of Interest Archives français (accueil)
The Heat is On. How to Prep Your Car for Summer
Safer Driving through Performance Thinking

Looking to get a more fuel efficient vehicle? Here are just a few options.

My best friend is considering getting a new car, and she asked me if I knew anything about fuel efficient vehicles because I work in the gas industry. Since she hasn't narrowed it down at all as yet, I decided to cast a wide net to see what I could find out. 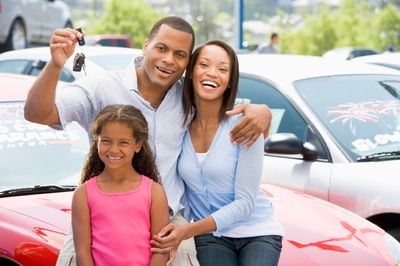 After a little poking around on auto review sites and Transport Canada, I found that Natural Resources Canada had actually published a list of their most fuel efficient vehicles for this year. When I hear “fuel efficient” I often think “hybrid,” but it turns out that isn’t always the case. There are several non-hybrid vehicles that receive excellent mileage scores. You can check out the scores here.

If money were no object, I'd consider the Tesla Roadster! It's super sporty, and yet, it's one of the most fuel efficient vehicles as the sole electric entry. And I just have to say it - tons of fun without the tons of exhaust! To come back down to earth for a moment, NRC chose Toyota Tacoma as the top pickup truck and the Toyota Sienna, the top minivan as far as their fuel efficiency, while the Volkswagen Jetta SportWagen as the most fuel-efficient station wagon on the market in 2011, all based on EnerGuide estimated fuel consumption ratings.

Although not on their list, I like the F-150 with Eco boost. It houses a V6, turbocharged engine which makes for amazing fuel economy in a truck. I thought the Nissan Juke was cool - it has the ability to switch driving modes from Turbo Boost to Eco boost! The Honda Pilot goes a different way by maximizing fuel efficiency in running on 3, 4 or all 6 cylinders. Some pretty cool options depending on what you're looking for! Anyone else want to share their favourites with us? Oh and a quick disclaimer to end off – I like these cars, but this post should not be seen as an endorsement. Happy shopping!