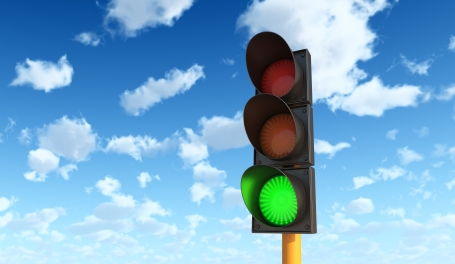 As drivers, we all deal with a variety of personalities out on the road – and we each have our own driving quirks and habits as well. Here are a few of the personalities we encounter on the road every day – and how their driving styles affect their fuel efficiency.

The way some people drive on the freeway, you'd think they were trying to escape the labyrinth of tunnels on the Death Star before it explodes. Weaving in and out of traffic, speeding up the shoulder, cutting over three lanes to make their exit – it must make for a pretty stressful time in the cockpit.

While I appreciate that the Jet Fighter style of driving can add a lot of excitement to an otherwise boring commute, it’s not so great for your fuel consumption. Heavy breaking, accelerating suddenly and constantly switching lanes may have you feeling like you’re getting somewhere faster, but in reality, you’re not so much saving time as spending fuel – as much as 40% more fuel than if you drove at a consistent speed. Copy that, Gold Leader.

On the road, as in the pool at the YMCA, there are fast and slow lanes. And those lanes are there for a reason. If you're a slow swimmer in the fast lane, at some point you will be kicked in the head. On the road, you’re probably more likely to be honked at and angrily driven around, which is stressful for you and annoying for other, more speedy drivers.

Driving at or below the posted speed limit – and maintaining a consistent speed - is actually good for fuel efficiency – just make sure you’re doing it in the correct lane.

Here a beep, there a beep, everywhere a beep beep. Letting off a good long honk can be extremely satisfying. But it’s a little known fact that honking actually uses more fuel than accelerating!

Okay, that’s a lie. Using your horn excessively has no effect on your fuel consumption. But it can be distracting for other drivers and can create a very hostile, stressful drive for everyone around you – which, ultimately, can have a negative effect on fuel efficiency. If you go heavy on the horn, maybe take a moment to review some Horn Honking Etiquette  over at Driver’s Ed Guru.

While I was out running errands recently, I saw an older gentleman pull up to the liquor store, leave his car running and go into the store. For ten minutes.  I was tempted to simply make off with his vehicle as an act of environmental retribution, but from his cardigan, I could tell he was the litigious type.

We all love to make a quick getaway. And sometimes, on very cold mornings, you do need to run your engine for a moment to let your car warm up and get the frost off of your windshield. But for the most part, if you’re going to be waiting for more than 30 seconds, it’s far more fuel efficient – and environmentally friendly – to cut the engine. In fact, in some cities, you can get a ticket for idling too long.

We all have our moments on the road, but if any of these driving styles sounds a little too familiar, maybe it’s time to review your driving habits. We can all benefit from efforts to cut down on emissions and save on fuel costs. For more fuel-saving tips, check out our PumpTalk archive.