Home About PumpTalk Links of Interest Archives français (accueil)
When Did Passive Driving Become So Popular?
How Your Driving Style Affects Fuel Efficiency

WTI vs Brent Crude - What do they mean? 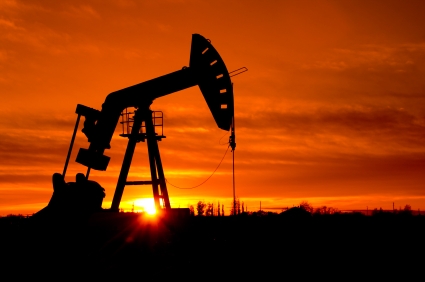 When we're talking about oil prices, we see these two terms in the news a lot: WTI and Brent Crude. What do they mean - and what's the difference between the two?

Here are the basics about WTI and Brent:

WTI and Brent crude are considered the two barometers of global oil pricing. Historically, due to its higher quality, WTI has been priced higher than Brent. But in the past few months, Brent has been the pricier crude. At the moment of writing, WTI is going for $88.14/barrel and Brent is up to $115.34/barrel.

We field a lot of the questions about the price differential (or "spread) between these two forms of crude oil. The price fluctuations between WTI and Brent are affected by a number of factors - the US and global economies, oil inventory, supply and demand in the U.S. and Northern Europe, pipeline vs. tanker oil delivery systems, as well as geopolitical unrest in the Middle East and North Africa. As you can see in this Sept 16 article from Bloomberg.com, there are currently several variables affecting the price of crude, from the weather to the financial situation in Greece.

For more about the relationship between crude oil and gas prices, check out this previous PumpTalk post entitled Gas Prices & Crude Oil: An Up and Down Relationship (the article is from 2008 but the principles remain the same!).

There is also a great article on the Globe and Mail: Why gasoline prices don't follow oil prices.

I would like to understand what blends of oil are used to supply the Canadian market.

Is there a percentage of West Texas and Brent Crude used along with Canadian produced product?

Is there a percentage oil produced from Canada's oil sands that finds it way into the crude oil stream used for production of auto grade gasoline?

How does the various blends effect the cost at the pump.

Hi John,
Thanks for your questions. Regarding the blends of oil in Canada, it really depends on each supplier and refinery. We can only comment on our refineries here in Canada.

For example, our refinery located in Edmonton, Alberta uses 100% synthetic crude derived from Canada’s oil sands; our Sarnia refinery is a mix of synthetic and conventional crude and Montreal uses only conventional crude. There was a recent blog post on the Globe and Mail site that talked about the relationship between oil prices and gasoline prices that you might find interesting. I have linked to that discussion here:

The bottom line is that retail prices are a function of a number of factors which include crude oil feedstocks, the wholesale price for gasoline and local market dynamics.