Driving Laws You May Not Know 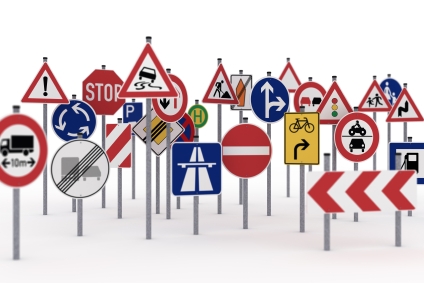 In Oregon, you can get a ticket for leaving your car door open too long. In California, it's illegal to drive in your bathrobe (but this only applies to ladies, so Hugh Hefner - you're okay). And in New Jersey, it's against the law to pump your own gas.

When every region has their own unique set of traffic laws, you're bound to come across some statutes that seem unusual. While some seem unlikely to ever affect you (such as the law in Chico, California, which states that you cannot plant rutabagas in a roadway), there are a few, like the ones I mentioned earlier, that might catch you unawares when you leave home.

As you gear up for fun summer road trips, here are a few of the unusual driving laws you might encounter on your route.

Montreal also distinguishes itself as the only place you can get a ticket for blocking your own driveway, washing your vehicle in the street or leaving your car unlocked in public.

In both California and Tennessee, it's illegal to shoot any animal from a moving vehicle - unless it is a whale. So … stay vigilant. Especially in Tennessee, where you're always seconds away from a Moby Dick situation.

If you're driving a horse-drawn sleigh in Ontario, you are legally required to have a minimum of two sleigh bells.  (This is really more of a winter tip, but with climate change, you never know!)

Driving blindfolded in Alabama is prohibited by law, so if you're planning a surprise party for someone at a secret location, just make sure they are the passenger.

While dogs do love sticking their faces out the window, some folks up north have clearly taken things a little too far. In Alaska, it's against the law to tether a pooch to the roof of your car.

If someone cuts you off in traffic in Rockville, Maryland and does not thank you with a courtesy wave, resist the urge to retaliate with profanity! Cursing from a vehicle is considered a misdemeanour and you could receive a fine.

If it's been awhile since you cleaned out your car, best steer clear of Hilton Head, South Carolina, where it's illegal to keep trash in your vehicle, due to local rat problems.

Having a little car trouble in Kanata, Ontario? If you're going to fix it yourself, make sure you have a driveway to park in. Working on your car in the street is prohibited.

While some of these laws may seem a little unnecessary or random - and while some, like the bathrobe rule, are rarely enforced - it's always good to know what you're getting into when you travel. Be sure and check out the driving laws along your route before you hit the road this summer - it could save you a ticket!