Letting Your Car Do The Driving? 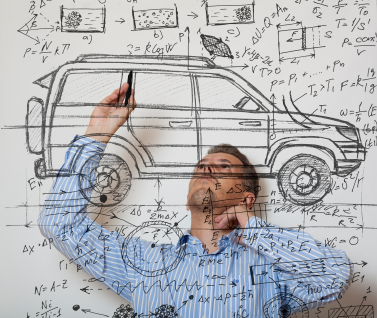 Technology that allows your car to do your parallel parking for you has been around for a few years - in fact, we wrote a post about it (When Did Passive Driving Become So Popular?) back in 2011. And this year's Consumer Electronics Show (CES) in Las Vegas shows that the driver assistance trend continues.

This year's CES saw car companies unveil tons advanced technology that takes driver assistance to the next level. Audi showed off a new self-parking technology that it says "can allow a car to seek out a parking space in a garage, find it and park all without a driver in the seat."

Check out the video below to see the Audi in action.

Not to be outdone, Toyota revealed its Advanced Active Safety Research Vehicle - an automated car capable of autonomous, driver-free motoring. Toyota's AASRV (based on a Lexus LS Sedan) is pretty clunky looking now…but when they're all sleek and sexy like the Lexus from the sci-fi film Minority Report, I can see them becoming a lot more popular…or can I?

In our post, we wrote that while we could see the benefits of having a little help on those tight parallel parking jobs, having the skill to park your own car manually is still important - and fun! Part of the cachet of a sleek vehicle comes in the joy of handling it yourself. Not in bumper to bumper traffic necessarily, but out on the open road.

Fortunately, it seems that car companies don't intend for advanced driver technology to eliminate you altogether:

"Audi said, it doesn’t want to take control of the car out of the customer’s hands. The company said it prefers to call its technology “piloted driving” rather than “autonomous driving” because it believes that just as with an airplane, ultimate responsibility for the car rests with its driver."

What do you think? Are you excited to have a vehicle that drives you to work? Or do you prefer to be a hands-on driver? Sound off in the comments!

I'm ready for a little help behind the wheel. What I'd really like is a car that doubles as a jet plane.