How much does it cost to run your car every year? Probably more than you think. According to the CAA, "four out of five Canadians underestimate the cost of owning and operating a vehicle."

That's why the CAA has developed a Driving Costs Calculator - an interactive website that lets you enter your vehicle information and get a picture of what you're spending over the year in fuel, insurance and maintenance. It also provides an estimate of the environmental impact of your vehicle in terms of greenhouse gas emissions.

The Driving Costs Calculator lets you choose a more generic option (Option 1) to price out how much an average vehicle costs. This is handy if you're just thinking of purchasing a vehicle and are wondering if you can carry the costs. If you already have a vehicle, you can choose Option 2, which lets you enter your specific vehicle's parameters to get a more accurate picture of your yearly costs. 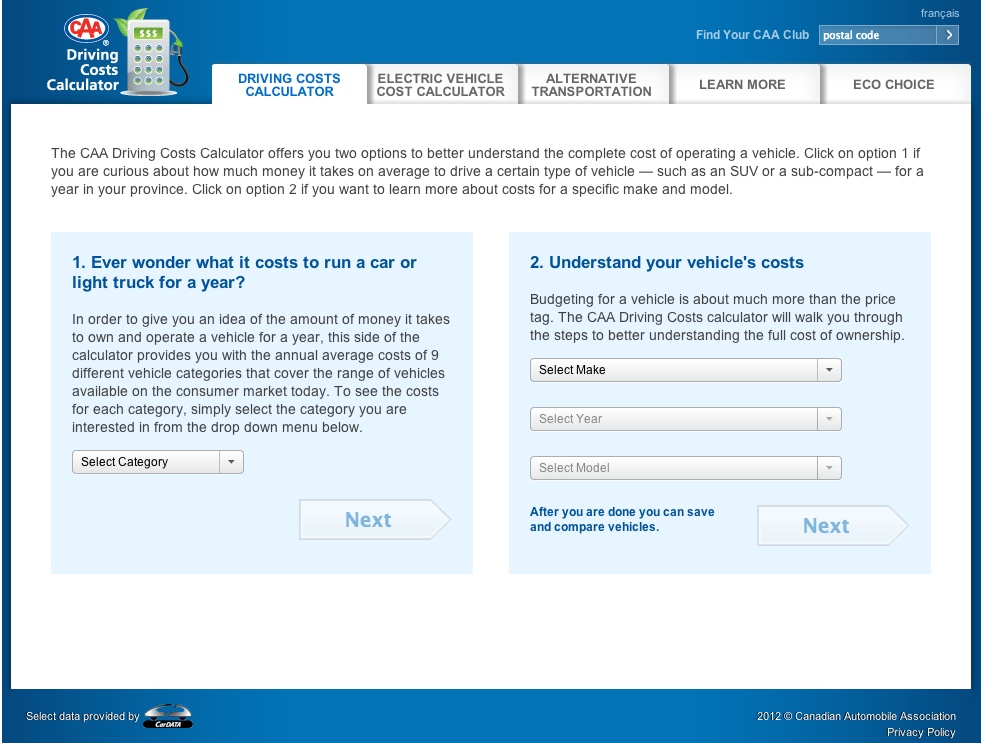 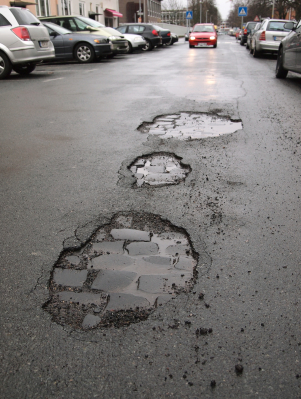 Last year we posted about the CAA's round up of Worst Roads from Coast to Coast and this year, drivers across the country voted with their area CAA to highlight the busiest, pot-holiest, most frustrating roads in Canada.

Toronto's crumbling, pot-hole-ridden Dufferin Street took top honours in Ontario for the second year in a row, according to CAA South Central Ontario - a dubious honour. Dufferin's been in the top ten list seven times over the years, but has never won back to back top spots until this year. Kudos!

Victoria Ave in Brandon tops the Worst Roads in Manitoba list, according to CAA. And in Saskatchewan, Highway 123 near Cumberland House was voted the Worst Road, ousting last year's winner, Highway 22 near Earl Grey (this year, this road was #4).

BCAA's Worst Road in 2013 was Westside Road in Kelowna for the second year running, thanks to crumbling pavement and potholes. Again, my local road rage inducer, the Massey Tunnel in Richmond, held strong in the #3 spot.

CAA's yearly survey isn't just a chance for drivers to gripe - the CAA uses the data collected to encourage local governments to address some of the issues on the worst roads. Did you vote in this year's CAA survey? What is your worst local road? Sound off in the comments!