Driving Standard - Worth the Effort for Better Fuel Economy? 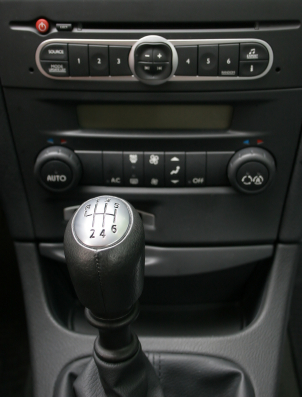 When I took driving lessons at the age of 17, my driving instructor, Darryl, was obsessed with two things: the plot of Les Misérables and driving stick. While he was grudgingly teaching teens to drive in the driving school's beat-up automatic, he confided that his real dream was to open his own manual transmission driving school called "Standard of Excellence".

According to Darryl, standard cars were more fun to drive and gave you greater control on the road, but they just sounded complicated to me. I found driving an automatic challenging enough at the time, so I ignored Darryl's chatter about gears, clutches and the raw deal Jean Valjean got in life and concentrated on not driving into trees or people.

As PumpTalk contributor Julie S. outlined in her post The Lost Art of Manual Transmission Driving, Darryl had the right idea. The manual transmission has benefits beyond "being more fun to drive":

Manual vehicles get some of their fuel efficiency benefits from the absence of a torque converter found in automatics, which although convenient for making shifting automatic, they are not very economical. Drivers can also save on fuel with a manual car by shifting up early and downshifting late - keeping your RPMs [revolutions per minute] lower than an automatic transmission would - typically around 1,200 to 1,500 RPMs. By keeping your vehicle in this range, your engine is not working as hard as it would at higher RPMs."

According to this study by Consumer Reports, gas mileage can be improved by up to 5mpg with a manual transmission - pretty significant. Of course, manual transmissions aren't for everyone - they aren't as widely available as automatics, they're generally only available on small or sporty cars, they're a lot more work to operate (particularly in heavy traffic) and you'd probably need to sign up for a few lessons from Darryl's Standard of Excellence.

Sadly, it doesn't look like Darryl made his dream come true, but there are resources out there if you'd like to give standard a try. If you're up for the challenge, the savings (and fun driving) may be worth it!

This video from the Globe and Mail's Drive section shows some of the basics of driving standard, to give you an idea of what you're in for - and according to Wired Magazine, an engineer at Ford has developed a vibrating shifter knob to help new stick drivers learn when to shift. Handy!

Do you drive standard? Do you feel it gives you better fuel economy? Let us know in the comments!

The last time I drove a standard I was 20 years of age. I was the designated driver and my buddies were hardly in a position to point out the subtleties of using a clutch. I'm pretty sure I stripped whatever gears the car might have had. I have avoided standard vehicles ever since.

I have had a standard transmission most of my life, and until recently with the newer electronic controlled transmissions there was a very definate fuel economy advantage with the standard, especially with the 5 speed transmissions - assuming that the standard is driven well. Some friends had identical 4cyl 2.2L cars except one was auto and the other was a 5 speed. The auto at best could get 32 with an average 28 mpg, the 5 speed regularly got 36+ and averaged 34 (IMP).

With the new cars, keep in mind the type of driving, with the lock up converters an automatic can get virtually the same economy on a road trip as a standard.

However the generic statement "By keeping your vehicle in this range, your engine is not working as hard as it would at higher RPMs." is simply not true. It takes the same power (force) to move the car whether you are reving the engine high or lugging it at a low rpm. The key to economy is to keep the engine at its most effecient speed for the task at hand. For example, you might be "only at 1200 RPM but with your foot to the floor to go up the hill, you engine is well below it's most effecient range and will use more fuel than if you dropped a gear and could use less throttle pressure.