One for the Road - Great Books about Cars and Driving 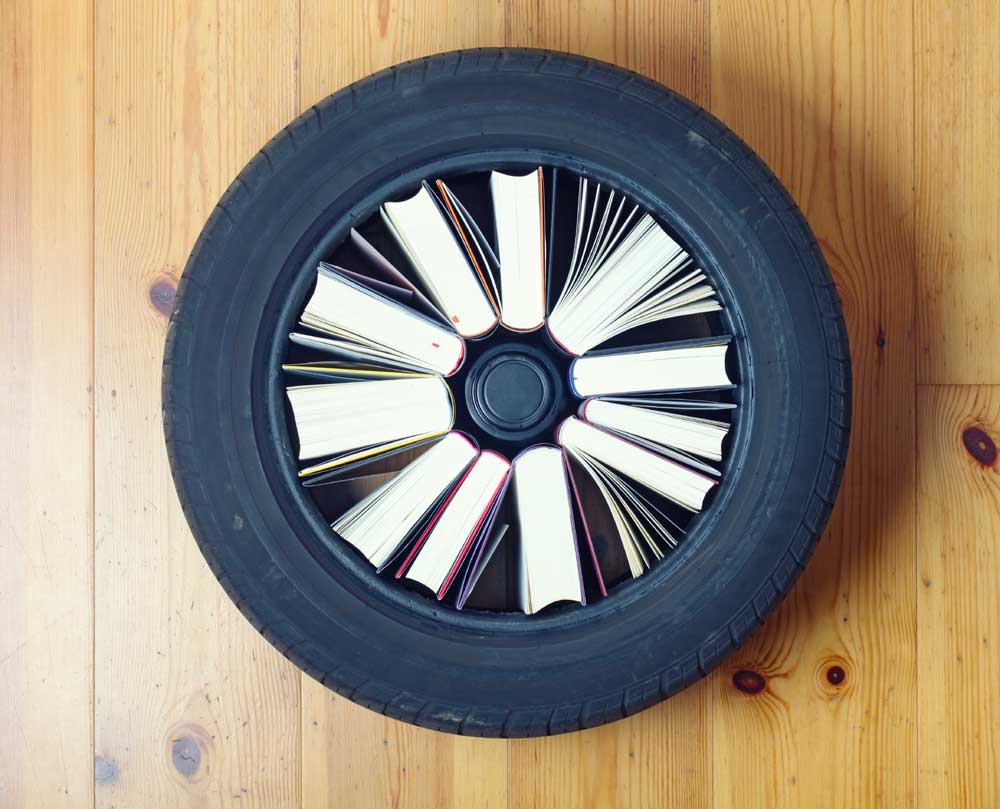 Last week we posted some ideas for the car lover on your holiday gift list. But what if your intended recipient is more of the armchair variety? Less about driving experiences and gear, and more about the story behind the car or the road? Well, we've rounded up a few great books to give to your driving enthusiast this year.

Muscle Car Madness: If your gift recipient loves looking at rare muscle cars from the 1960s, a wild time in American automotive history, then you'll want to consider "Top Muscle: The Rarest Cars from America's Fastest Decade" by Darwin Holmstrom with photos by Randy Leffingwell.

This beautiful coffee table book, full of glamour shots of both cars and engines, showcases a private collection of muscle cars, including:

Cool Concept: For something a little more "out there" (and also a little late because it's not being published til Jan 15, 2015), try "Motorama: GM's Legendary Show & Concept Cars" by David Temple. Temple is a well-known car show and concept car enthusiast and an authority on GM's Motorama show, an annual auto show held by GM from 1949 to 1961. In his new book, Temple documents the concept cars that were the highlight of Motorama, including the GM Le Sabre, replete with aerospace design and an aluminum engine; the fiberglass-bodied Corvette dream car, which went into production after overwhelmingly positive response; and the jet engine-powered Firebird. Temple discusses the body, engine and special features of each car as well as some of the ownership histories.

Rollicking Road Trip: Maybe it's not so much about the car, but the journey for your gift recipient. A book like "Canada's Road: A Journey on the Trans-Canada Highway from St. John's to Victoria" by Mark Richardson may be just the ticket. On a 10-week road trip, Richardson drove the 8,000 KM drive and explored the diverse places and people along our beloved Trans-Canada.

Driving You Crazy: Finally, maybe you want your gift to be a little more than just a gift. Is your driving enthusiast more of a backseat driver who regularly comments on your merge techniques or your parkade parking? Give them a copy of "Traffic: Why We Drive the Way We Do (and What It Says About Us)" by Tom Vanderbilt. Vanderbilt's book explores the relatively mundane task of driving through the lenses of psychology, culture and emotion, interviewing traffic officials and driving experts to shine a light on topics as diverse as pedestrian safety, the psychology of commuting and the trouble with traffic signs.

These are the books on our wish list this year, how about you? Any car or driving tomes that you'd recommend?