Home About PumpTalk Links of Interest Archives français (accueil)
When is it Time to Get New Tires?
Stay Safe! May is All About Motorcycle and Road Safety

What's in a Cup Holder? Designing Vehicles Around Your Coffee 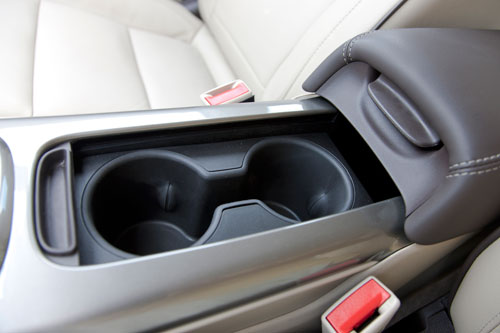 I spent some time socializing with twenty-somethings recently and my interactions with them really activated my inner crotchety old man.

"You don't know how good you have it!" I wanted to yell at them when they complained about the wifi briefly dropping out as they were trying to watch some video of their young person music, "When I was 21, I had to rent videos from an actual store and REWIND them before I returned them! If I wanted to get on the internet, I had to hope that my roommate didn't interrupt my connection by using the telephone!"

My internal rant continued as I sipped a decaf (old person) coffee on the drive home. "And when I was growing up, the family car didn't even have cup holders! If you had a beverage in the car, you just had to HOLD it! With your HANDS!"

Naturally, that got me thinking about the evolution of cup holders - how they weren't even a consideration in the cars of my youth and how these days, the size and placement the cup holders are one of the first things a new car buyer notices (myself included).

Early vehicles did not include cup holders because automobile designers assumed that people would actually stop and get out of their cars to eat and drink. HAHAHAHAHAHA hilarious! Once the drive-in was invented in the 1950s and people started to enjoy eating in their stationary vehicle, the idea of cup holders started to take hold. If you could have this much fun eating in your parked car, could getting your root beer float "to go" be far behind?

Actually, it was rather far behind. While car manufacturers made some attempts to accommodate in-car sipping, most continued to design cars without beverage holders. A variety of after market cup holders filled the void in the 1960s and 70s. My better half fondly remembers these window-hanging beauties in the family catering truck: 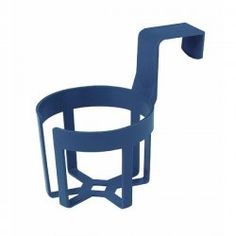 Cup holders as regular feature didn't really make their mainstream debut until the minivan was invented in 1983. It took nearly a decade for cup holders to become an expected feature, helped along by the rise of our North American drive-through and commuter cultures.

These days, cup holders - their size and location in the vehicle - are one of the first things car designers consider. The cup holder needs to be able to hold everything from a slim can of energy drink to a giant fountain soda and everything in between. According to market research conducted by GM, 83% of North American drivers have beverages in their cars every day.

Cup holders are a pretty basic technology, but that doesn't stop car manufacturers from experimenting with more ways to attract beverage-loving drivers. According to this article in the Globe and Mail:

"BMW has experimented with heating and cooling capabilities, Ford and Chrysler have added lights in certain models and the Cadillac CTS includes power-assisted doors that close to hide the cup holders."

I remember the first cup holders I had ever experienced. My parents bought a slightly used 1990 Ford Taurus and the cup holders were in a little plastic tray that popped out when you pushed a button. Between that cup holder and the new electric garage door opener, it felt like we were the Jetsons!

Our current vehicle has cup holders between the two front seats and a pop-out cup holder in the back for passengers. And the front cup holders have a rubber insert that you can remove in the case of giant beverages - a function we have yet to take advantage of. But it's nice to know it's there.

Are cup holders a consideration when you buy a vehicle? Did your first car feature cup holders? Let us know in the comments!