Monthly Poll: Would you ever trade your SUV for a smaller commuter car or scooter? 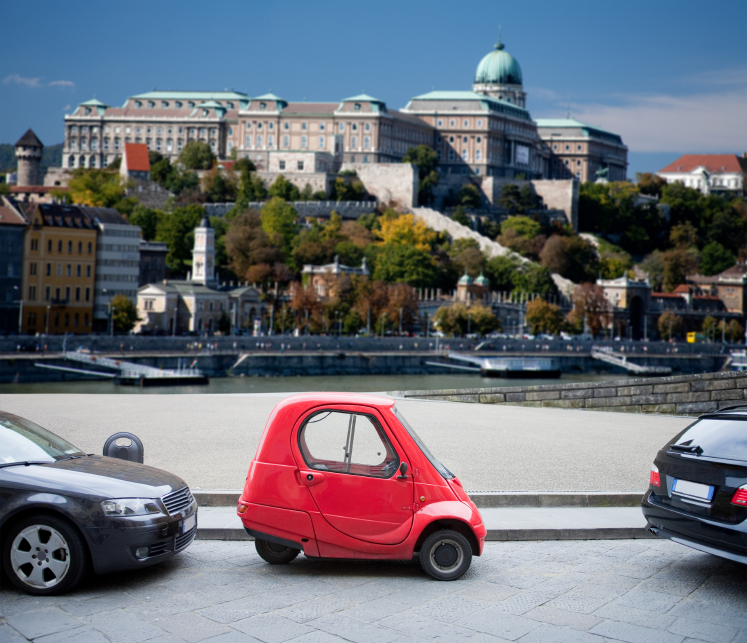 We found ourselves out in rush hour traffic recently and once we reached highway, we realized gleefully that because there were two of us, we could use the HOV lane! Yay! We switched lanes and enjoyed a speedy journey to our destination.

As we passed legions of frustrated drivers waiting in traffic, I noticed that:

1) Most of them were driving quite large vehicles; and

2) There was only one person (the driver) per car.

Don't get me wrong - I love our SUV. But if I was commuting alone every day, would I really need all that car? And if not, what kind of vehicle would I choose?

In researching the idea of commuter vehicles, I saw a lot of write-ups on Smartcars and scooters - then I came across Elio Motors, which is producing a new style of personal transportation. The car's creator, Paul Elio, is a divorced dad who didn't want to drive his minivan around when he wasn't with his kids. So he created the Elio, a two seater commuter vehicle. He kept his minivan - but for commuting or just a fun drive, he has this smaller vehicle. It also gets amazing gas mileage. Clever!

Check out this video about the genesis of the Elio motors project:

A smaller personal vehicle like the Elio seems like a no-brainer - we should all just get one! Right now! But then I started thinking about my mom. I don't think you could pay my mom to get in to one of these tiny cars. Several years back, her sedan was basically totalled by an SUV. When it was time to get a new car, she went out and bought the same SUV that had taken out her original car because obviously, it fared well in an accident! I can see why she would want to upgrade, especially after being in an wreck - in an SUV, you're in a larger vehicle and you sit higher up and that feels powerful. Not everyone is interested in a compact driving experience.

What do you think? Would you ever drive a tiny car to work/errands? Or do you prefer a larger vehicle for all your driving needs? Take our poll below!

Loved seeing that 20% of the voters felt safer in a large vehicle. I do feel guilty driving my Honda Pilot around when my children are all grown up. But with three wrecks (none of them caused by me) I am only comfortable in a larger vehicle. I see that they are going to downsize the Pilot next year. Seems like SUV's are being earmarked as the gas guzzling vehicles that they are while large trucks are getting a pass when it comes to environmental concerns. Many people seem to drive trucks and they don't appear to haul anything more than themselves around.