Monthly Poll: Does the model name of a vehicle influence your decision to buy it? 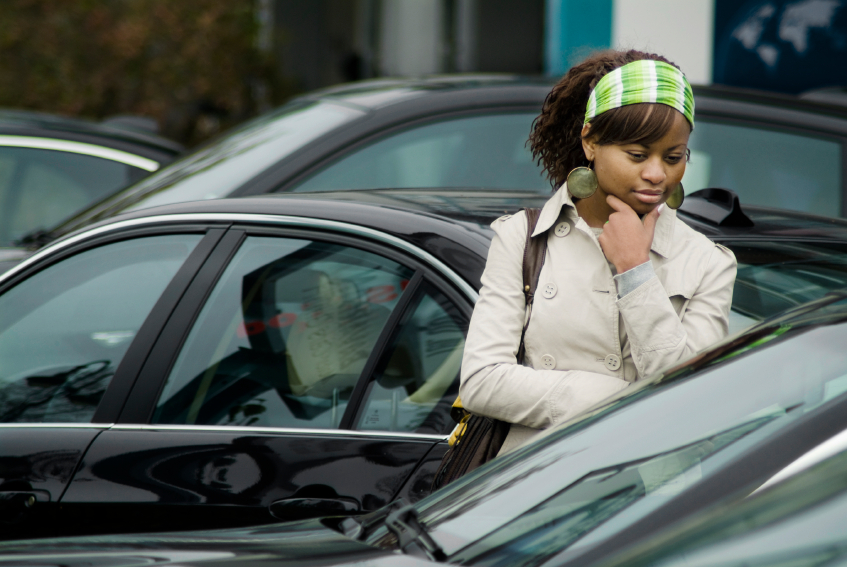 They say that you should name your children or pets something that you wouldn’t be embarrassed yelling across a playground over and over. But does the same principle apply to your car? Sure, you might not be calling out your car’s name on a daily basis, but if someone asks about your new ride, will you cringe when you reveal that it’s a Saab Quasimodo (a name I just made up)?

Naming cars can be a minefield for auto manufacturers – car names can be sexy and dangerous, like the Shelby “Cobra” or the Rolls-Royce “Phantom”. Or they can be bemusing, like the Studebaker “Dictator” or the Geely “Beauty Leopard”. Plus, different names mean different things in different languages, as the makers of the Mazda “LaPuta” found out when they released the car in Spain.

Some car manufacturers eschew evocative names for more practical, informative names, as outlined in this hilarious post on Jalopnik about The Twenty Most Informatively Named Cars of All Time. Here’s a sample:

"Car Name: Toyota “Truck” Car description: It's a truck made by Toyota."

A lot of car manufacturers are switching to an alpha-numeric system (like the Infiniti “FX35”, for example), both to avoid language barriers and to make every car sound like a souped-up sports car. I get what they’re going for but can the “QZ34234oi12” spark your imagination the way the “Sunfire” can? Alpha numeric model names might be safer but they’re not going to sear themselves into the public consciousness, like a Mustang or a Beetle.

Over to you, drivers! Do you think the name of the car you drive says something about you as a driver? Would a cool car name sway your purchasing decision? Would a bizarre car name kill your interest in a car? Take our poll below!

Bonus for the car name-curious: If you’re interested in the origin of car brand and model names, check out this great Mental Floss video called 32 Car Name Meanings. Turns out that “Volvo” is Latin for “I roll.” Who knew?

What’s the model name of your current vehicle? Did it have any impact on your decision to buy that car? Let us know in the comments. 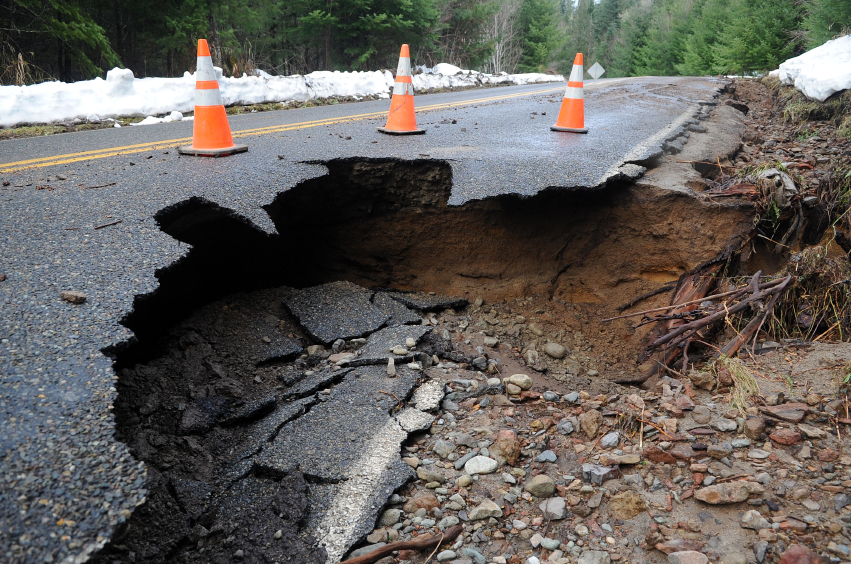 Back in April, we posted about the CAA’s annual Worst Roads campaign, which asks local drivers to write in and tell the CAA which are the worst roads in their area.

The Worst Roads campaign is great for two reasons:

1. Everyone enjoys complaining about the worst roads they have to drive on; and

2. The CAA reports its findings to local municipalities and says that to date, 90 percent of the roads nominated to the annual list are repaired or are scheduled to be repaired. Not too shabby!

Here are the results from this year’s CAA Worst Roads campaign:

CAA Quebec: This was the first year CAA Quebec participated in the Worst Roads Campaign and they haven’t posted their results yet. Stay tuned to the CAA Quebec page for the results sometime soon.

CAA Ontario: After three years of Worst Road supremacy, Toronto’s Dufferin Street fell from first place to third this year. Ontario’s top two worst roads are both in Timmins - Algonquin Boulevard West took the top spot, while Algonquin Boulevard East took second. Over 2000 roads were nominated in Ontario this year - see the rest of the top ten worst roads in Ontario on the CAA Ontario page.

Check out the CAA Saskatchewan page to see the rest of the top ten for this year.

BCAA (British Columbia and the Yukon): Nothing has changed since our last post in April - the voting dates for BCAA's 2015 Worst Roads campaign haven't been announced yet! Keep checking back with their site. Whenever it is, I will be poised and ready to cast my vote! 2014’s top three worst roads in BC were:

Did you vote in your local Worst Road campaign this year? Any of your top worst roads on these lists? Let us know in the comments! 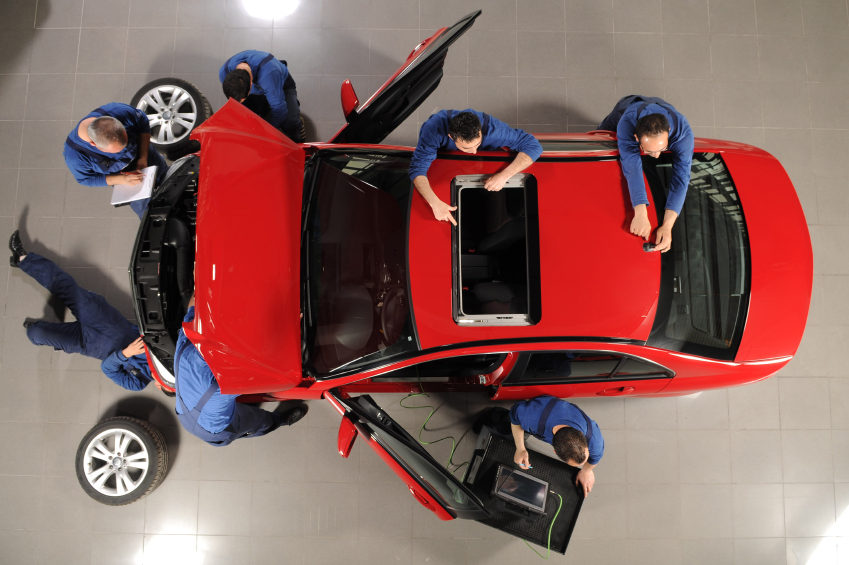 We’re all about Ways to Save on Fuel here at PumpTalk and as summer draws to a close, here are five fall maintenance tips that can help improve your fuel efficiency and prolong the life of your vehicle.

Check your air filter.  The cleaner the air filter is, the more air flows through to your engine, optimizing your fuel mixture and gas mileage. Check your owner’s manual to see how often they recommend changing your air filter. And in the meantime, here's a good trick to see if your air filter needs to be replaced - hold it up to the sunlight. If you cannot see light coming through it, it's time to change it. Also, most filters are light coloured - similar to your furnace filter. If it's grey or black - yep, you guessed it - time to replace.

Check your tire inflation. Keeping your tires properly inflated has a big impact on your car’s fuel efficiency. According to Transport Canada:

"[Tire] underinflation increases rolling resistance, which reduces tread life and increases fuel consumption. It can also lead to sudden tire failure. Without enough air, the sides of a tire bend and flex too much. This builds up heat, which can cause serious damage. Operating a vehicle with just one tire underinflated by 56 kPa (8 psi) can reduce the life of the tire by 15,000 km and can increase the vehicle’s fuel consumption by 4%."

Check your tire pressure every month and make sure they’re at the optimum pressure recommended by your owner’s manual.

Check your oil and your oil filter.  When to change your oil depends on a number of factors, including how hard you drive your vehicle and what kind of vehicle you drive. Check your owner’s manual for the recommended timing on oil changes – and be sure to use the manufacturer’s recommended grade of motor oil. Using the wrong grade can negatively affect both your engine and your fuel efficiency.

Check your gas cap. The gas cap not only keeps dirt and debris out of your fuel but it also keeps your fuel from evaporating out into the air. If the cap is broken or the seal is compromised, you could be losing up to 3.5 litres every couple of weeks. A new one is worth the investment!

Posted at 09:00 AM in About Your Car, Fuel Efficiency, Vehicle Maintenance | Permalink | Comments (1)

Getting Up to Speed on New Traffic Laws 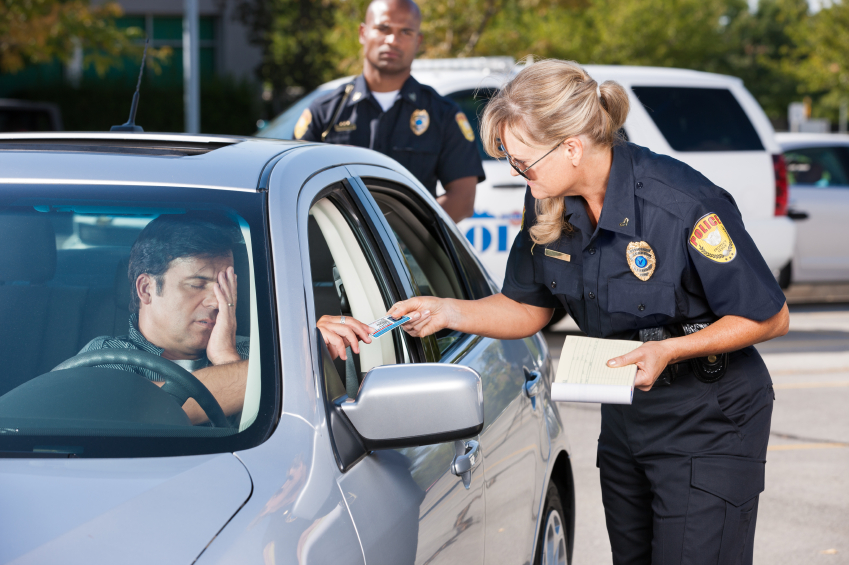 This summer here in BC, the Keep Right Let Others Pass law came into effect and while I don’t feel like we’re habitual left lane hogs, remembering to keep right is sometimes a challenge.

What is does the law entail exactly? Here’s a description from TranBC’s website:

“The new legislation prohibits driving in the left lane unless a motorist is:

Generally, my better half and I are right-lane-unless-we’re-passing people, but I confess, sometimes the left lane just feels so right, like when you’re trying to avoid being stuck behind a big truck or when no one in the right lane keeping a consistent speed. Paying attention to staying in the right lane is worth it, though - the fine for left lane driving is $167 and three demerit points.

This week, several new driving laws come into effect in Ontario as well. Here’s a rundown:

The “move over” law: Starting September 1, you’ll be required to slow down and move into the next lane whenever you see a stopped emergency vehicle with its red and blue lights flashing or a stopped tow truck with amber lights flashing. Fail to do so and you can be fined $490 and three demerit points.

Ontario also has some upcoming changes to traffic law you might want to keep in mind, particularly the following:

Pedestrian crossovers: According to the Ministry of Transportation, almost half of all pedestrian fatalities take place at intersections. In an attempt to make the roads safer for pedestrians, a new pedestrian crossing law comes into effect in January 2016. You’ll have to wait until pedestrians have completely crossed the road at pedestrian crossovers and school crossings before you proceed through the intersection. No word yet on what fines or demerit points will be imposed but best to start practicing this driving behaviour now.

Ontario is not the only province cracking down, particularly on distracted driving. In Alberta this March, the provincial legislature voted to increased fines for distracted driving - $250 from $172 and 3 demerit points. No word on when that bill will take effect. Take a look at Alberta's distracted driving legislation for more info.

In Manitoba, as of July 1, drivers face harsher penalties for distracted driving – a minimum $200 fine and a whopping five demerit points. Fines could be higher, depending on a driver’s record and current demerit points. Manitoba also toughened its impaired driving laws; drivers caught driving under the influence now face a three day suspension from driving (compared to the previous law, which mandated only a 24hr suspension).

In Quebec this April, distracted driving demerit points were increased to 4. This has a big impact on new drivers in Quebec, who only have 4 points to begin with – they can lose their ability to drive after only one infraction. Fines starts at $115 for a first infraction.

This summer, Prince Edward Island increased their fines for distracted driving – they’re now the highest in Canada. Fines went from $250-500 to $500-$1200 and demerits rose from three to five.

Nova Scotia toughened up on distracted driving as well this year; violators can now be fined up to $578.95, depending on the number of offences on their record.

What do you think about these new traffic laws? Do you think they’ll help increase safety on the roads? Let us know in the comments.