You’re in the car, on your way to meet a friend who’s habitually late. Your phone buzzes. If it’s your friend changing your meeting time, you can alter your route and maybe run a few errands! It’s SO tempting to just reach over and check your texts. But if the police catch you with your phone in your hand - even at a red light - that’s a $543 fine under BC’s latest distracted driving laws.

Distracted driving is on the rise. In Ontario, the OPP says that the number of distracted driving deaths to date this year are almost three times what they were last year. In a recent distracted driving campaign, the OPP laid more than 2,400 charges over a one-week period. A similar month-long distracted driving blitz is wrapping up in BC at the end of March. According to a recent Ipsos Reid poll conducted for ICBC, almost all the drivers surveyed thought that distracted driving was causing more accidents, but close to 40% of drivers admitted to using their phone at least occasionally while driving.

It’s like we all KNOW that distracted driving is dangerous…but we’re good drivers. Surely nothing bad will happen to US.

This handy infographic from the CAA points out that texting while driving means you’re 23 times more likely to be in a crash or have a near-miss, among other sobering statistics. 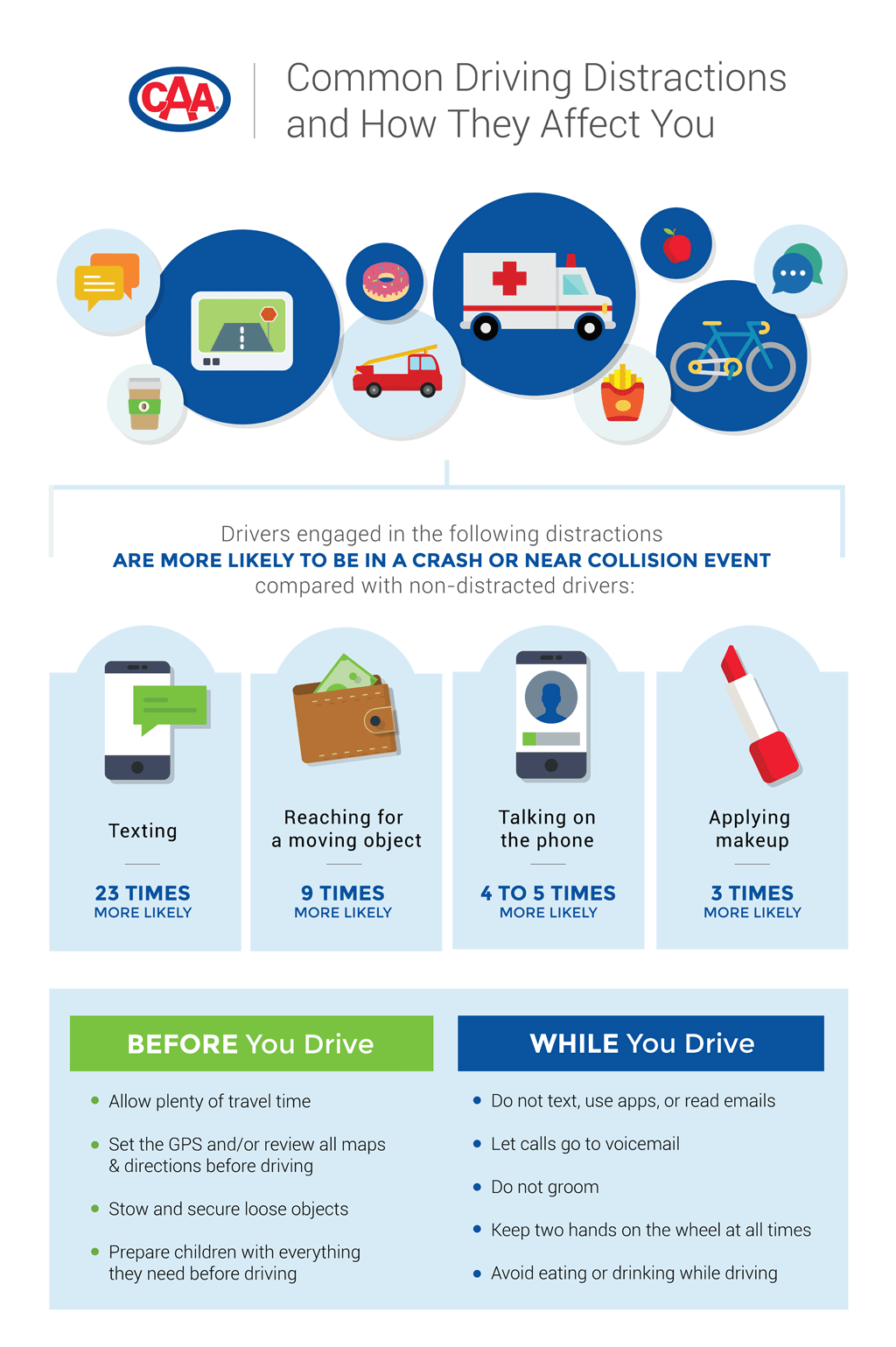 To help demonstrate how easy it is to get distracted, the CAA has created a fun and easy video game called TXT U L8R in which you gain points by avoiding distractions on the road. I’m terrible at video games in general, so even after playing it for awhile, I only made it to Level Three. TXT U L8R is simple but it drives the point home: any lapse in concentration while driving can lead to close calls or accidents.

Technically, you can still use your phone while driving - thus far, no province or territory has banned the use of hands-free devices in the car - but talking via Bluetooth still saps concentration from your drive and, as we discussed in an earlier post, using in-car voice commands to check and respond to emails and texts basically takes your whole brain off the road. Best to stay focused and put your phone on “Do Not Disturb” whenever you’re on the road.

In our instant gratification world, staying present while driving may be difficult and boring, especially for those young drivers who’ve grown up with their phones attached to their hands. Encourage any young drivers in your house to take the dangers of distracted driving seriously, and be sure to set a good example yourself. What steps do you take to avoid driving distracted? Let us know in the comments!