Home About PumpTalk Links of Interest Archives français (accueil)
Considering a new car? Make sure you understand all the safety features!
Tips for Sharing the Road as We Head Back to School 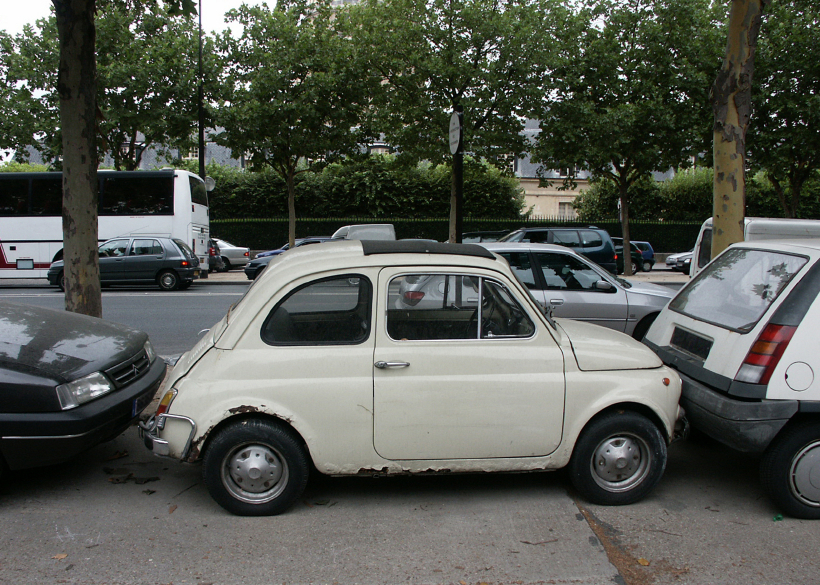 While I was learning all about the latest car technologies for our post on understanding your car’s safety features, I came across a great invention that could have been a real game changer in my grandparents’ day; a parking assistance innovation that never made it to the mainstream.

Modern day parking assistance became available to the masses in 2003, when Toyota introduced automatic parallel parking in Japan with the Prius. But parking assistance technology was first invented by a fellow named Brooks Walker from San Francisco, who patented his ParkCar mechanism in the 1930s. ParkCar used a car’s spare tire as a fifth wheel to help the car get into, and out of, tight spaces.

In the 1950s, Cadillac built a prototype, but ParkCar was never mass-produced, which seems like a shame. Sure, it would eat up a lot of your trunk space and would be murder on the front tires; but ParkCar would certainly be handy when parallel parking on a crowded street!

Check out this video from Tech Insider of Brooks Walker’s invention in action:

These days, most car manufacturers offer some kind of automated parking assistance, but parking is still a skill worth cultivating. Because no matter what technology you’re using to help you park, you’re still responsible for the end result!

Does your car have some kind of parking assistance system? Do you find it useful? Let us know in the comments!