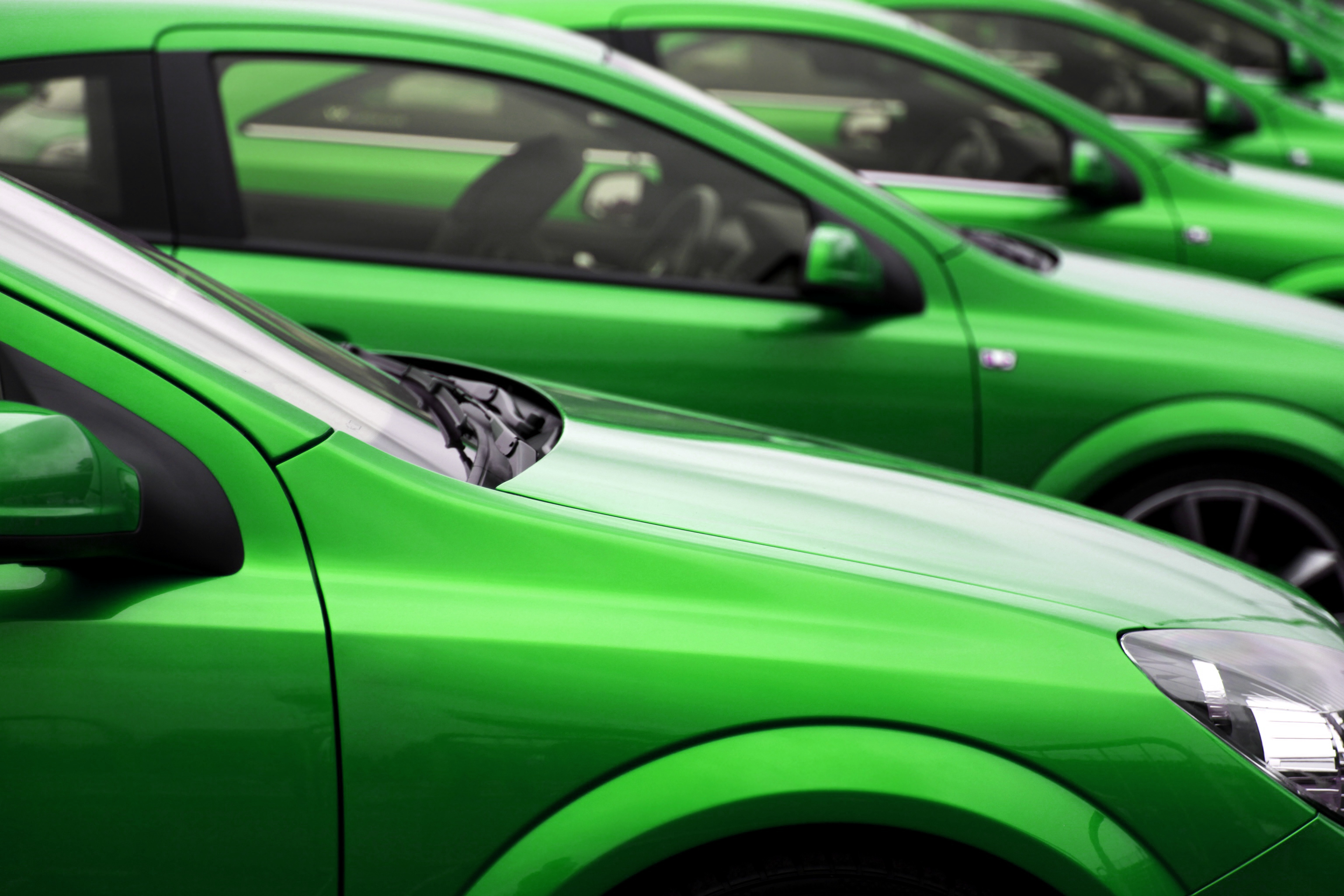 Is the Flying Car Finally Upon Us?

I don’t know about you, but I’ve wanted a flying car ever since I saw the movie Blade Runner. So when I saw this Globe and Mail feature on a prototype called the Dekatone, a flying car designed for the average person, I thought “Sign me up!” 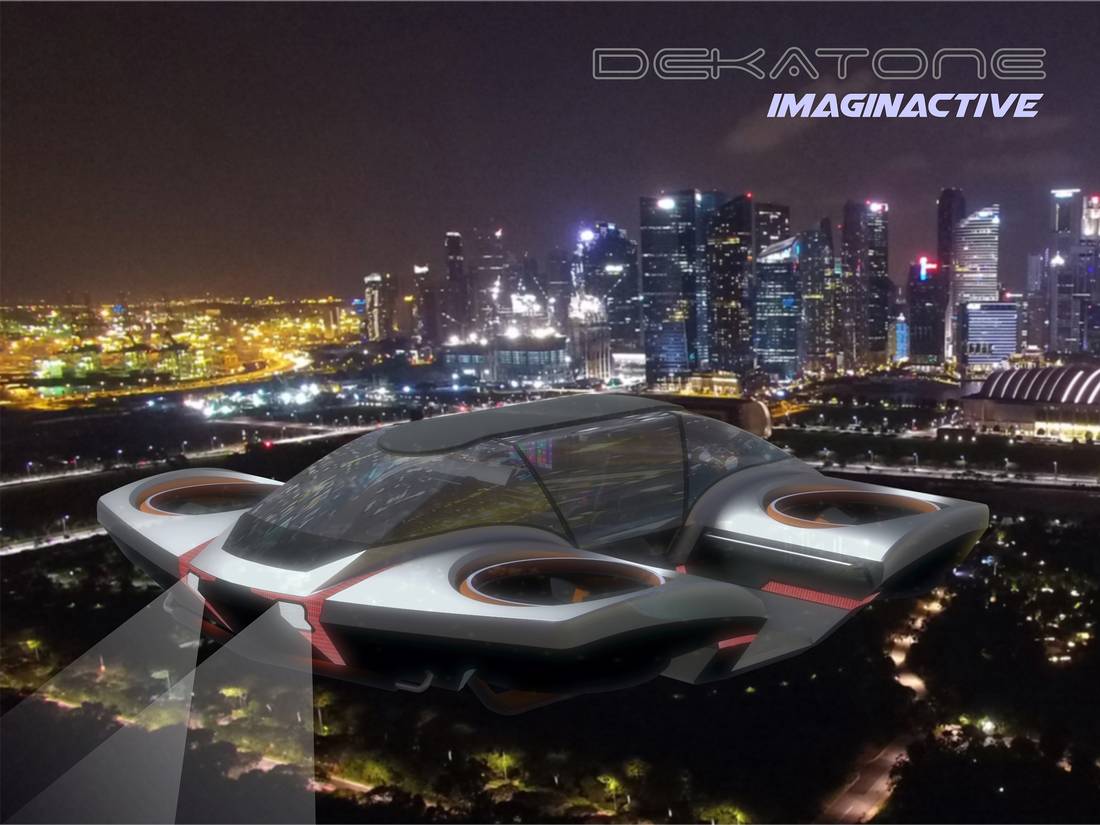 The genius of the Dekatone is that its four propeller design and smart control mechanism would enable it to basically fly flat instead of pitching and rolling like a traditional aircraft. Piloting the Dekatone would theoretically be easy for the novice pilot, because it wouldn’t be that different than driving on the road. Except that it would be MUCH cooler. 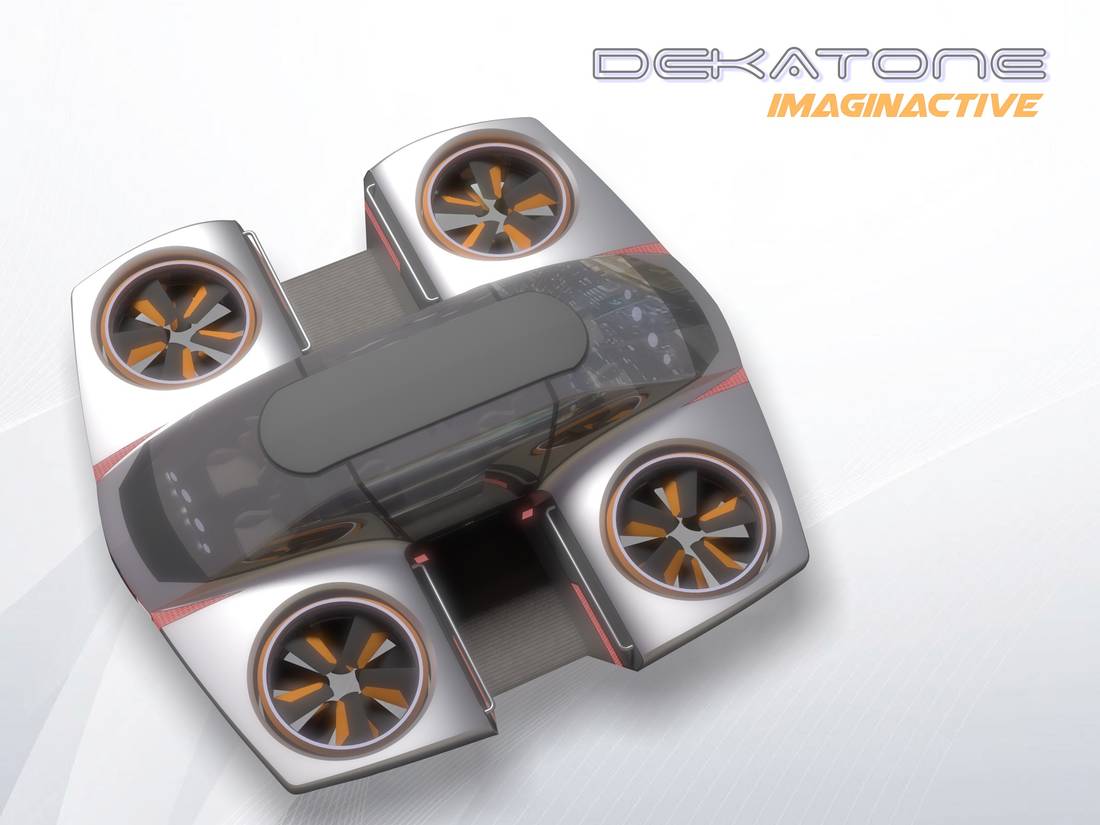 For the technically minded among you, here’s how it works:

“Aircraft have traditionally, with a few exceptions, relied upon a single centre of gravity for guidance. This demands great skill and extensive training for any new pilot. With a harmonized, rapidly actuating, gimbaled variable thrust set to the four corners of an aircraft, unprecedented control can be achieved and a new type of flight experience can be developed for small vehicles like the Dekatone. By isolating the pitch and roll moments required to manoeuver at the gimbals, the aircraft and its occupants would no longer be subjected to these effects, thereby reducing the act of piloting to simply driving.” 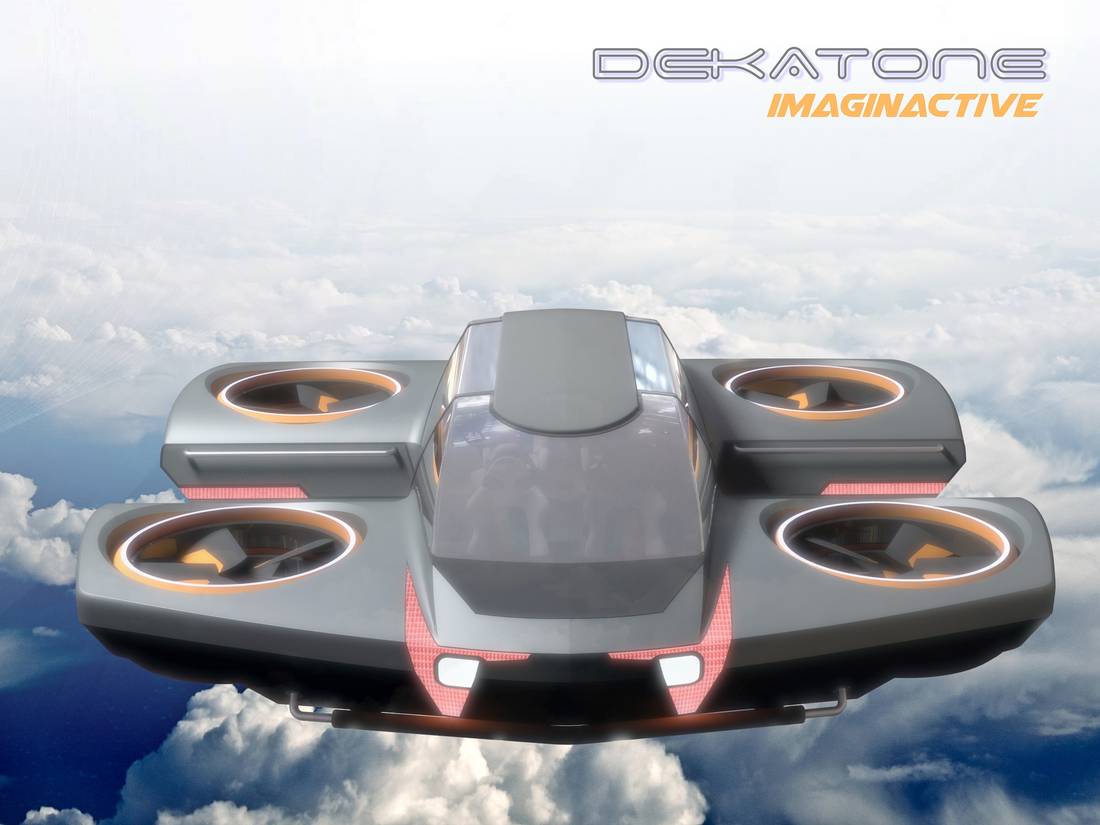 The Dekatone is still just a concept, but who knows? Maybe we’ll all be piloting our own personal aircraft to the grocery store in the next decade. One can only hope.

What do you think? Would you be first in line for a flying car once they’re on the market? Let us know in the comments!