Brushing Up on the Driving Basics – Take a Practice Knowledge Test I noticed an hilarious ad on the back of a bus here in Vancouver recently about ICBC’s Drive Smart Refresher Test, which exhorts those of us who last took our driver knowledge tests when bell bottoms were in style (the first time) to see how our driving knowledge has held up.

I’m a little younger than the bell-bottom crowd, but I first took my knowledge test when “My Lovin’ (You’re Never Gonna Get It)” by En Vogue was at the top of the charts, so it’s been awhile. I’ve always been a keen test taker, so when I got home, I sat down and took the ICBC Drive Smart Refresher Test. 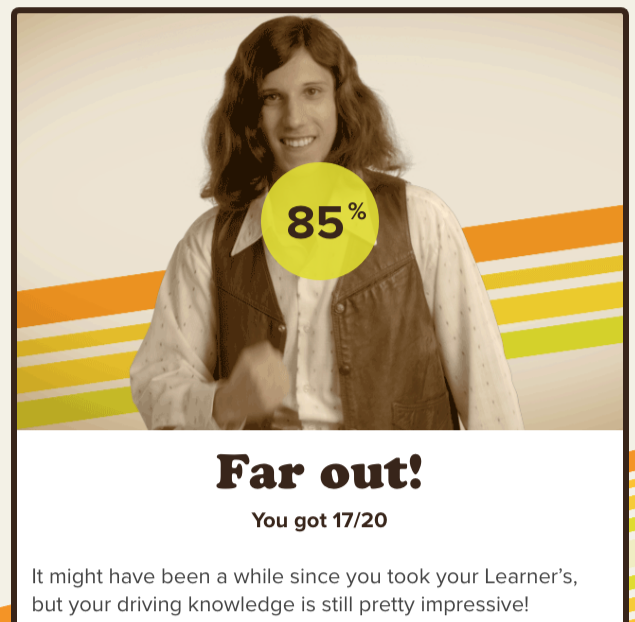 Not perfect. To be fair, two of the three questions I missed were about Learner and Novice Class 7 drivers using GPS and hand-held devices, neither of which existed the last time I took this test. Also, I took my original driver’s knowledge test in Alberta. So I figured I’d probably do better on the Alberta practice test.

The point is that even if you’ve been driving since before the Red Ensign became the Maple Leaf, it’s worth a few minutes to see if you’re still on top of all the rules of the road. You might even learn something new! Like that Learner and Novice drivers in BC are not permitted to use GPS or electronics of any kind, including hands-free.

Have you taken one of these online tests? Share which test you took and your results in the comments!