To observe Remembrance Day this year and to honour all those who have served, we’ve asked a few members of the Petro-Canada family to share their stories and connection with the Canadian Armed Forces. We’re featuring three stories this year: yesterday was William Bradley, a GSA in Sudbury, ON; today is Renald Mazenc, an Associate in Regina, SK and his son, Orin Mazenc; and tomorrow is Christine, a member of our Marketing team and her son, Jaden. Renald Mazenc’s family has a history of military service. His father, Henry, was called up to serve in World War II. Henry was stationed in France and served as a part of the Regina Rifle Regiment (now the Royal Regina Rifles). Renald’s son, Orin, had admired his grandfather’s service and joined the Canadian Armed Forces as a young man, directly after his high school graduation. We caught up with Orin, now retired from the military, to talk about his military service.

PumpTalk: Thanks for speaking with us today, Orin. Let’s start with your military service. Why did you join and what roles have you held?

I joined back in 2007. I’d known for a while that I wanted to go into the military. It was something different. Exciting. And something to be proud of – military service. And I knew that I wanted to go into the infantry – be boots on the ground. I enlisted and went to battle school where I learned radio, small arms, and patrol tactics – very job oriented. After battle school I was assigned to the 3rd Battalion of the Princess Patricia’s Canadian Light Infantry (3PPCLI). The PPCLI has a great history and I was very excited to join that regiment. 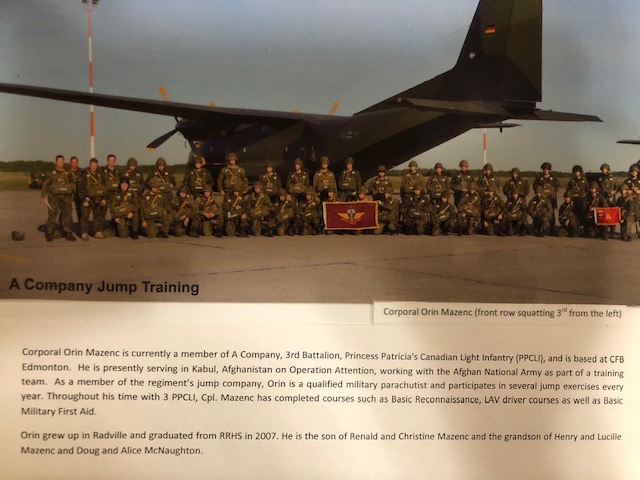 I also trained to be a parachutist and became a reconnaissance patrolman within the rifle company of the 3PPCLI. As part of that regiment, I deployed to Kabul, Afghanistan where I was part of a training/mentor team. We trained the Afghan National Army (ANA) on defensive and patrol tactics. Part of my job involved training and part of the time I served as sentry for our training team, i.e. standing watch over the training team while they taught the ANA. During my time there I worked with the US Marine Corp and US Army as well as Romanians, Greeks and Aussies. 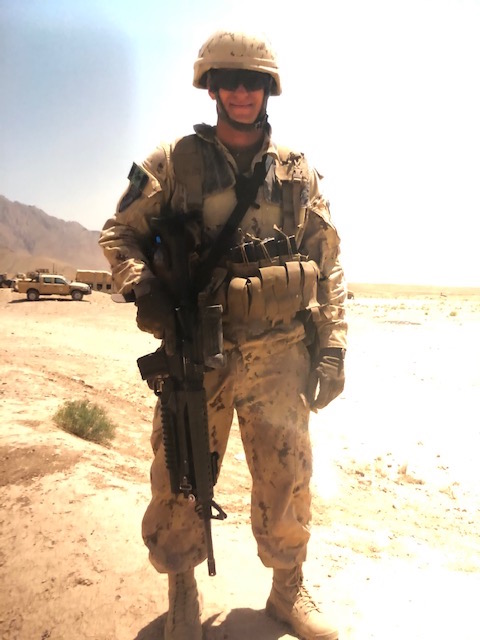 Once I returned to Canada, I put in for a transfer to the Air Force where I trained as a firefighter. Kind of like a regular firefighter but with a side of aircraft. We’d respond to medical calls as well as local house fires and wild fires. There I was deputy platoon chief – the tactical leader in charge of the firefighting team in whatever “hot zone” we were in. I’ve recently retired from the military and am now a civilian in the trades.

PumpTalk: Orin, that is an incredible career. What would you say are some of the biggest takeaways from your time in the service?

Always take pride in your work – whether you’re in the military or not. Do the very best you can because people take notice. And always believe in yourself.

PumpTalk: How do you celebrate Remembrance Day?

I usually try to take the day off and got to a ceremony at the local cenotaph. This year, unfortunately, I have to work. I really believe that Canada should make Remembrance Day a national statutory holiday – right now, not all provinces recognize it as such.

PumpTalk: What would you like to tell Canadians about Remembrance Day?

Even if it isn’t a holiday where you are and you can’t get to a ceremony, it’s important to take a minute and reflect on what some Canadians have done and given for this country. And support the Legion – buy and wear a poppy.

Orin, thank you so much for taking the time to talk to us. And thank you for your service.

Tomorrow, we’ll have the last part in our series where we speak with Christine and her son, Jaden.

Many thanks for your service Orin. You’ve had an amazing career!