Frew Energy Shares the Abundance and Gets Farmers Much Needed Hay

I’m quite lucky in my choice of profession – writing is a job I can do almost anywhere and it certainly isn’t weather dependent. This summer, when a “heat dome” covered Vancouver in record-high temps for a week or so, I did wonder if I could take my laptop into a walk-in-cooler and still get some work done. But my week of trying to stay cool is nothing compared to what Canada’s farmers are going through. It’s been a tough year for many farmers across Canada. Not only did they contend with record-breaking heat waves but summer droughts and extreme wildfires have left a number of farmers continuing to struggle with feed shortages for their livestock.

Most of us aren’t in a position to directly help farmers - though buying local produce and meat is a good start! However, Mark Frew, President of Frew Energy (a long-time partner of Petro-Canada) found himself in such a position earlier this year. He heard that one of his customers, Titan Trailers – an Ontario company that manufacturers high-end 53’ rolling floor trailers – offered to transport donated hay to beleaguered farmers when they shipped their trailers out West. 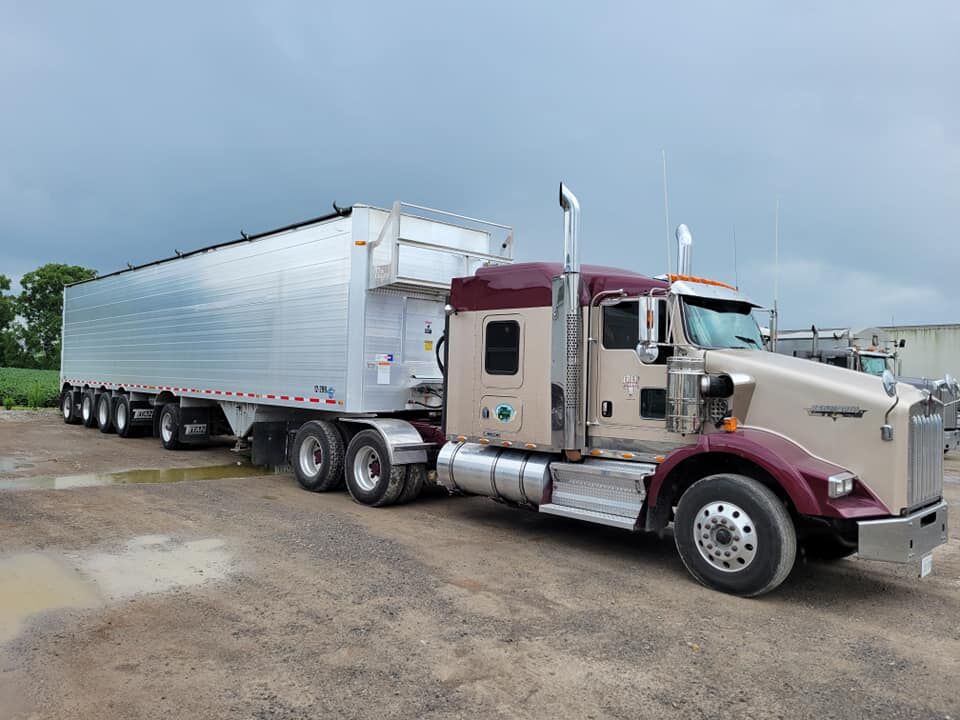 A truck from Frew Farms with a Titan Trailer attached

The folks at Titan had their shipments taken care of, but they identified a need in Rainy River, Ontario – a town located on the Ontario/Minnesota border, just 250 KM from Winnipeg. None of Titan’s trailers were schedule to stop in that area but, after facing the impacts of wildfires and drought, the farmers in Rainy River needed hay. Upon hearing that, Mark rolled into action.

I was able to catch up with Mark and talk with him about what happened next.

PT: So, you heard about the need in Rainy River?

Mark: Yes. And I knew it was just a matter of pulling together the right team to get their farmers some help. Jerry, the manager of Frew Farms, secured a donation of a full load of hay. Frew Farms supplied the truck. Titan was able to loan us a trailer. And Frew Energy supplied the fuel for the trip. Loading up the hay for the trip to Rainy River

Mark: It definitely was. Plus, everyone on the farm has their license to drive a truck – so my brother Jack and my nephew Aiden actually drove the load of hay up to Rainy River. 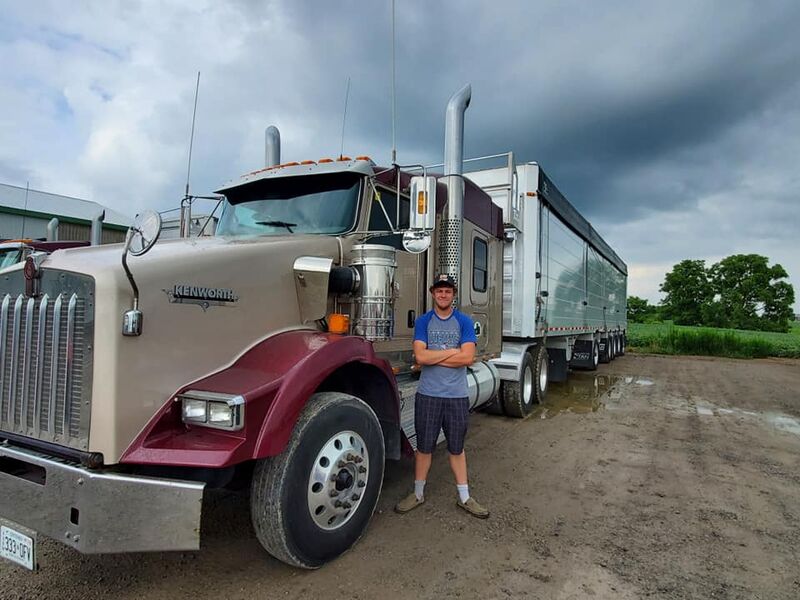 Mark: Mike Kloepfer over at Titan identified that area for us. We’ve been really fortunate in our part of Ontario with the weather this year. It’s the opposite over in Rainy River. Lots of droughts and fires. It was an opportune time – to share our region’s abundance with those who didn’t have it this year.

PT: What inspired you to take action?

Mark: I grew up on a family farm with my three siblings. When you’re born and raised on a farm, there is always a part of you that is looking out for other farmers. Farming is in your blood. You never forget the values you learn on the farm.

Thanks for taking the time to speak with me, Mark! And kudos to you and the extended team at Frew Energy for supporting farmers and sharing the abundance in a year when not everyone was as fortunate – a great example of what it means to #LiveByTheLeaf.