Each Remembrance Day, we share stories on PumpTalk from the Petro-Canada family that honour those who serve in the Canadian Armed Forces and highlight the positive impact that their service has had. This year, I was delighted to speak with Sailor 2nd Class Yvette Yong. Yvette joined the Royal Canadian Navy in 2010 as a reservist. She currently holds the role of Naval Communicator at HMCS York in Toronto. 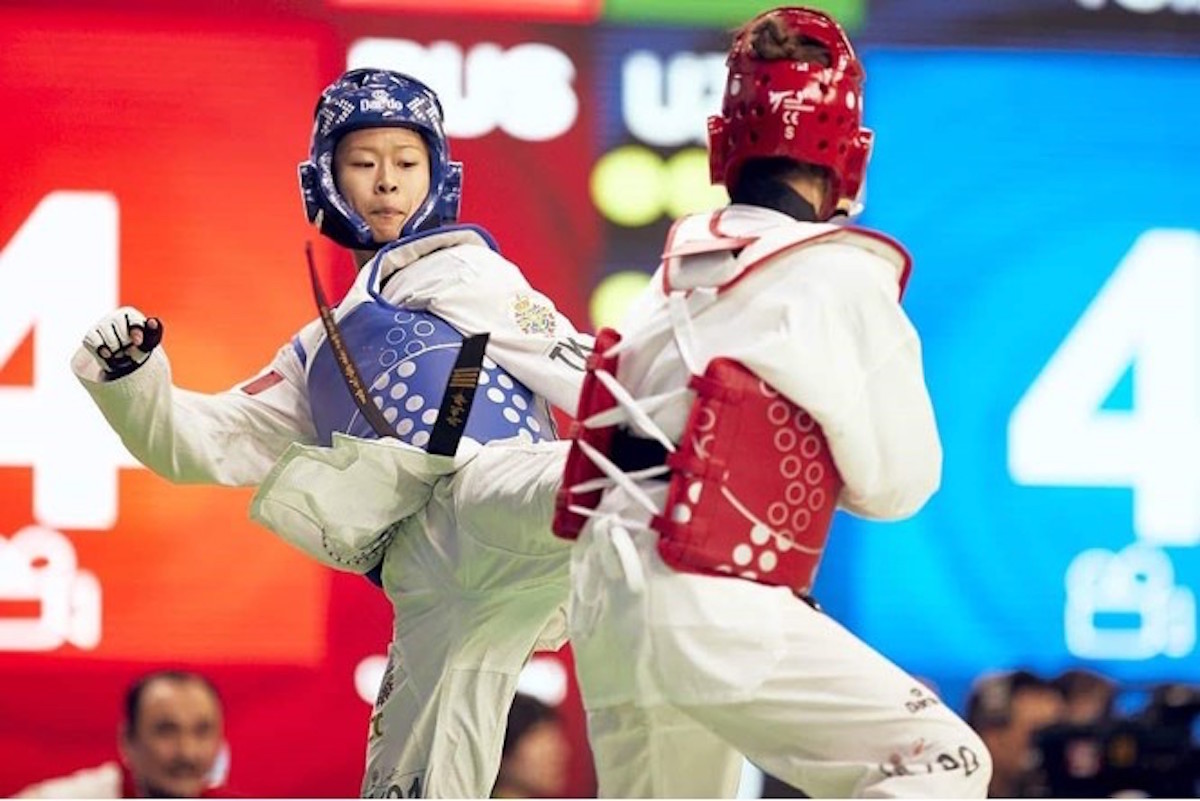 Yvette competing in Taekwondo in the CISM Military World Games

PumpTalk: Thank you for sharing your experiences with our readers! To start, can you tell me a bit about your military background?

Yvette: My military career actually started through my taekwondo career. I’ve been competing in taekwondo since I was 9 years old – so over twenty years. The military has a national taekwondo team. At a match in 2010, someone from the military saw me compete and spoke to my mom about opportunities, including sport, through the military. We learned that joining the military isn’t really about going to war. It's about giving back to Canada, not about being on the front lines.

I thought the Navy would be a good match - largely because I grew up and went to university in Vancouver. And I really wanted to give back to a country that welcomed my parents as immigrants. Once I joined, I took an aptitude test to see what I’d be good at. That turned out to be naval communications.

Naval communications manages the external voice – getting the tactical information and support to our different operations. You get to see everything that happening, all information coming in and out.

PT: What has been one of the best or most surprising moments about your military career?

Yvette: The best moment is actually a combination of sports and military. In 2018, the International Military Sports Council (CISM) named me the International Military Female Athlete of the Year. It was the first time that a Canadian military member had been chosen as a CISM athlete of the year. I was really honoured and proud to be chosen; this award recognizes fair play, personal empathy and discipline. It really brought my two worlds of sport and military together.

CISM’s motto is “Friendship through Sport” and when you compete at CISM events, you really can forget everything that is going on in the world. Friendship through sport is what I truly believe in. I feel like I can be a role model through being a member of the forces as well as being an athlete. 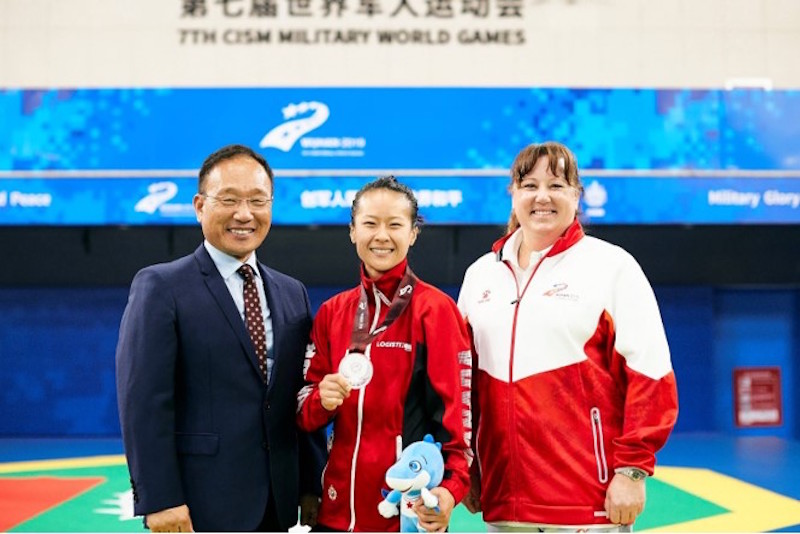 Yvette receiving a medal at the CISM Military World Games

PT: How has being in the military influenced your competition style or routine?

Yvette: My job in the navy, being in the communications control room, requires me to be alert at all times. I have to be able to make decisions on the spot and with urgency. I need to be able to communicate clearly under pressure. This is similar to a taekwondo match – to think on your feet and react right away. The military really taught me those skills.

PT: Do you have a particular routine on Remembrance Day?

Yvette: On Remembrance Day we have a formal parade – usually at City Hall – and we have a moment of silence to honour the soldiers who fought for our country, for the soldiers who are serving now, and for all the people who provide our freedom, our safety and our peace of mind.

PT: What do you think is important for Canadians to know about serving in the military or about the Canadian Armed Forces?

Yvette: Being in the military isn’t necessarily about going to war. We are trained to do so many things – to be ready and provide humanitarian support wherever we’re needed. Firefighting. Flood control. Refuge support. A couple of years ago, I was on a search and rescue mission off the coast of Vancouver Island near where a lot of forest fires were happening. We cruised up and down the coast, listening to calls and being ready to evacuate or help in any way we could. Being in the Canadian Armed Forces is about so much more than being on the front line. You have an opportunity to learn and to use your skills to serve your country in so many different ways.

Thank you so much, Yvette, for sharing your story about your military and taekwondo careers to date. We look forward to hearing about your continued success.