Home About PumpTalk Links of Interest Archives français (accueil)
May is Motorcycle Safety Month: Let’s Watch Out for Each Other
Get Up in Your Grill (and Clean It!)

This article deals with topics which may negatively impact the reader due to its subject matter. We recognize the need for safety measures to minimize the risks associated with traumatic subject matter. For immediate emotional assistance, please call 1-844-413-6649. This is a national, toll-free 24/7 crisis call line providing support for anyone who requires emotional assistance related to missing and murdered Indigenous women and girls. For additional support, please see the resources available to you on the Indigenous Services Canada website.

Here on PumpTalk, we’ve spoken about Suncor’s Journey to Reconciliation, including Petro-Canada’s role as a Suncor business. We hope that through this ongoing learning process, we can build the trust and support of Indigenous Peoples in the communities in which we operate as well as from our partners and our employees. 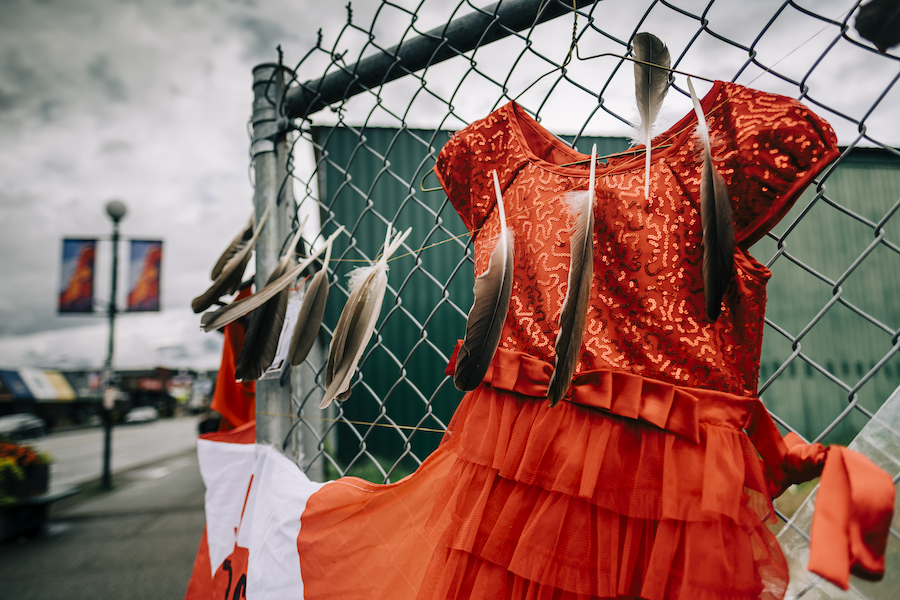 In addition to supporting Indigenous entrepreneurs and artists, we believe that it is essential to acknowledge and educate ourselves and our employees about the historical and ongoing negative impacts of colonization endured by Indigenous communities, including the national crisis of Missing, Murdered and Exploited Indigenous people.

The number of missing and murdered Indigenous people in Canada is disproportionately high compared to the general population. The Native Women’s Association of Canada (NWAC) research indicates that, between 2000 and 2008, Indigenous women and girls represented approximately 10% of all female homicides in Canada. However, Indigenous women make up only 3% of the female population.

From 2016 through 2019, the Government of Canada convened a National Inquiry into Missing and Murdered Indigenous Women and Girls. The National Inquiry’s Final Report concluded that persistent and deliberate human and Indigenous rights violations and abuses are the root cause behind Canada’s staggering rates of violence against Indigenous women, girls and 2SLGBTQ+ people. The report calls for transformative legal and social changes to resolve the crisis that has devastated Indigenous communities across the country.

May 5th, also known as Red Dress Day, is the National Day of Awareness for Missing, Murdered and Exploited Indigenous people (MMEIP) in Canada. It was started as “an aesthetic response to more than 1000 missing and murdered Aboriginal women in Canada” by Jaime Black, a multidisciplinary artist of mixed Anishinaabe and Finnish descent.

To help Canadians learn more about missing, murdered and exploited Indigenous people in Canada, the NWAC has created safe-passage.ca – a website that hosts a national database of MMIWG2S cases as well as training materials about breaking the cycle of violence. In particular, the site contains resources for the hospitality and trucking industries – two industries uniquely positioned to make a difference in the reduction of violence against Indigenous women and girls. NWAC, in partnership with Truckers Against Trafficking, provides training about human trafficking in Canada and teaches how to recognize the signs of human trafficking.

Petro-Canada hosted a presentation at our most recent in-person Wholesale Conference from an international crime prevention specialist about how to recognize and respond to suspected incidents of human trafficking, particularly for our sites that are located along known trafficking routes. The NWAC also provides a fact sheet about signs of trafficking and what to do.

Addressing our national crisis of missing, murdered and exploited Indigenous people can seem overwhelming. But we all have a responsibility to try to take action. This article from Haley Lewis, a Kanyen'keha:ka-Scottish writer, shares five ways that Canadians can put the calls for justice from the national MMIWG report into action:

Lewis goes into detail on each actionable item and recommends this excellent “Indigenous Ally Toolkit” from the Montreal Indigenous Community Network (aka “The NETWORK”), an organization that supports the ecosystem of individuals and groups committed to improving the quality of life of First Nations, Inuit, and Métis communities living in the greater Montreal area.

Hearing the stories from Indigenous families about the loss of their loved ones has also increased my empathy and my desire to take action about MMEIP. Suncor employee, Deb Green, has given us permission to share the story of losing her sister, Laney, and the impact it has had on her.

As Suncor continues on its Journey to Reconciliation, we’ll continue to share stories from our Indigenous colleagues and partners. We’d love to hear from you about your own journey of reconciliation. Share your thoughts in the comments below.