76 entries categorized "About Your Car"

Considering a new car? Make sure you understand all the safety features! 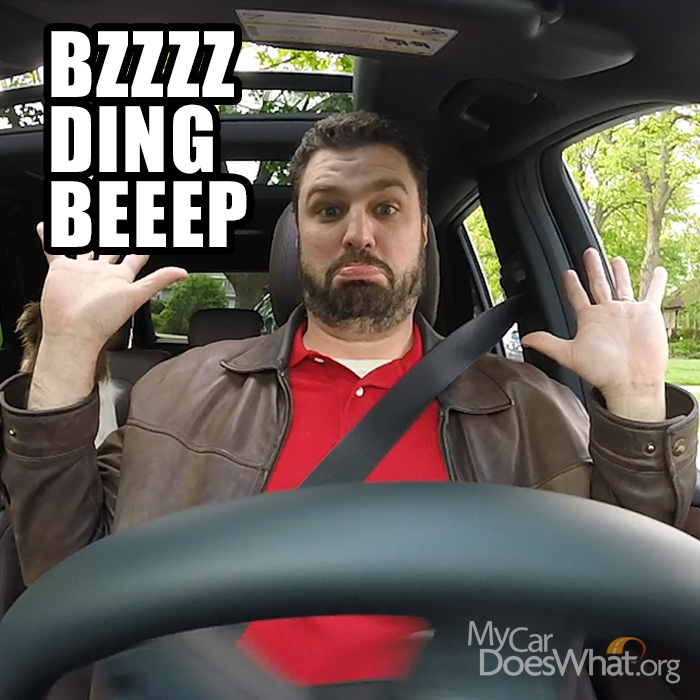 On a family trip to Hawaii back in 2012, we rented a Ford Flex that had a back-up camera. Being able to see behind you without wrenching your neck; hearing a helpful beeping noise to let you know you’re about to hit a pillar in the parking garage; it was like a whole new world! We came to rely on that back-up camera very quickly and were sad to leave the Flex behind when we came home.

We bought our Saturn Vue brand new back in 2006 and the safety features at the time were basically anti-lock brakes and a robust air bag system. If we were to buy a new car now, we would probably feel a little intimidated by the dizzying range of new safety features available on today’s vehicles. From helpful “heads up” functions like "bicycle detection" and "curve speed warning", to more advanced systems, like "left turn crash avoidance" and "automatic emergency braking", keeping track of all the different functions (and the accompanying noises) of your car’s safety features might start to seem pretty daunting.

According to this article in Wired, even your car salesman may not be able to fully explain, or help you set up, the latest safety features on a vehicle. Obviously, spending some quality time with your owner’s manual will provide plenty of details but sometimes it helps to have a demo from someone in the know.

That’s where My Car Does What comes in. A collaboration between the National Safety Council and the University of Iowa, the site offers great information about all of the latest safety features available these days, to help you drive safer and smarter.

If you just want a quick tip on how a feature works, check out the series of short videos demonstrating the unfamiliar safety features your new car may have to offer. For a more detailed look at each safety feature, check out the Deeper Learning section, which provides more in-depth information on how each of these systems functions and gives you challenging questions at the end, to see if you’ve retained the information.

My Car Does What also offers mobile and desktop games aimed at helping drivers learn about, and make the most of, the safety features on their cars. Check out this overview video for more info about My Car Does What:

What safety features does your car have? Do you know how all of them work? Do you think they make you a safer driver? Let us know in the comments!

Under Pressure: Keeping on Top of Tire Inflation 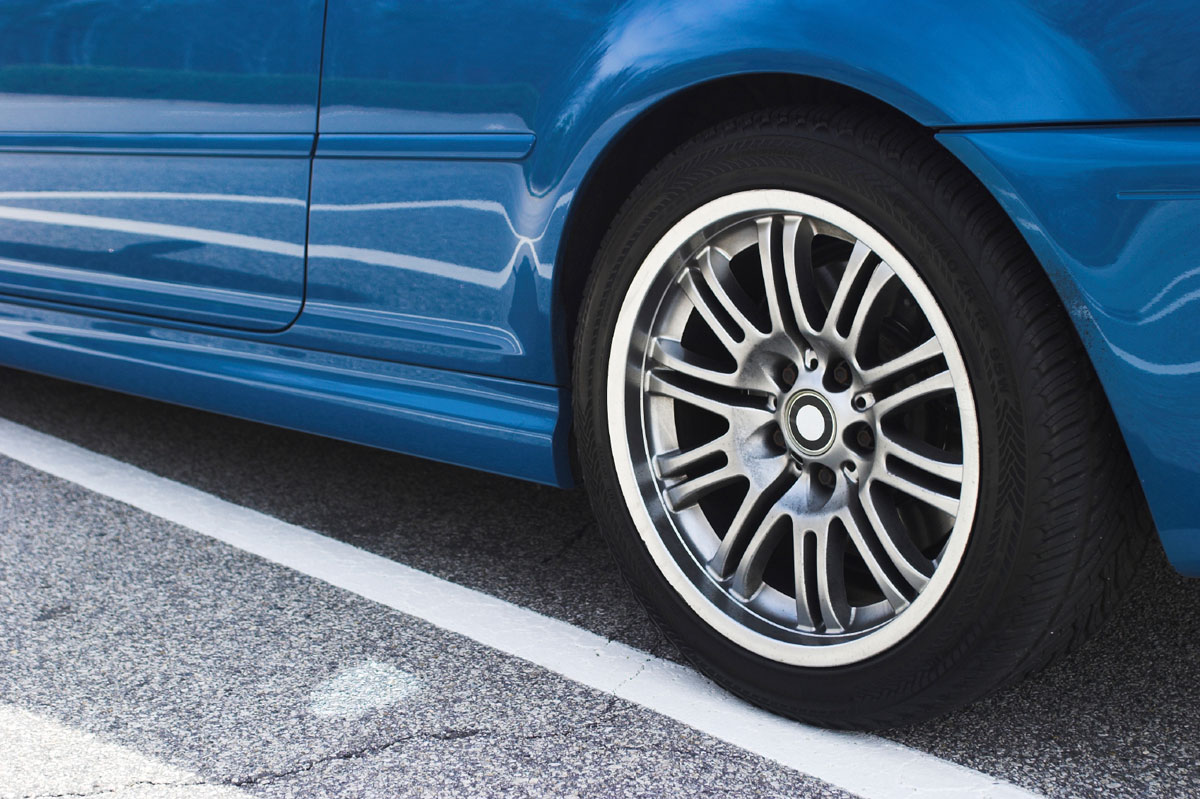 One of the "being a good driver" skills that took a while for me to master is checking my tire pressure. I keep one of those pen-style pressure-checking gadgets in the glove compartment and every fourth or so fill-up, I whip it out to check the tire pressure. I find it a bit frustrating to do - I feel like I'm always letting the air out, somewhat defeating the purpose of checking them.

It turns out, I'm doing this all wrong and not nearly often enough. Transport Canada recommends a monthly check. And according to this post from CAAQuebec, I shouldn't use those pen-style pressure checkers. They are often inaccurate and there are other tools that are much better. They include a video that demos checking tire pressure as well.

Of course, none of this would matter if I had the new tires that Pirelli showcased at the recent Geneva Motor Show. Their new tires, Pirelli Connesso, take tire pressure monitoring to an unprecedented level; Connesso tires have sensors that monitor air pressure, temperature, operating conditions, wear and other information important for safe vehicle operation. Connesso tires send all this info to your smart phone and will even book service when it determines that your tires are under inflated or hampered in some way. 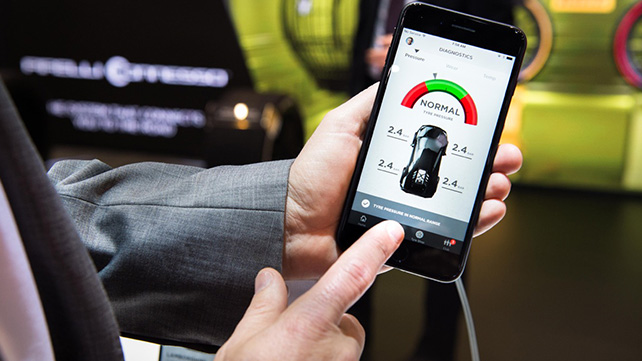 Check out this aspirational concept video from Pirelli:

Beats getting down on my hands and knees in the rain when I'm trying to measure the pressure on my Saturn's tires.

But regardless of whether you check your self or your tires do the reporting, it is essential to keep your tires properly inflated. Tires are our vehicles' only contact with the pavement, so if they aren't properly inflated, acceleration, braking or steering may be inhibited. And other safety components of our cars, such as antilock braking or traction control, might not function properly if our tires aren't kept at the right pressure.

Is checking your tire inflation part of your regular vehicle routine? Share any tips in the comments below! 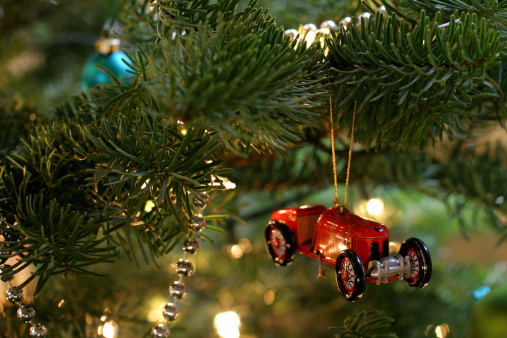 It’s the holiday season and as gift-giving time approaches, some of you may be stumped about what to give the car enthusiast on your list. Over the years, we here at PumpTalk have put together a few ideas for you – so we thought that this year, we’d help provide some inspiration with a run-down of our top gift idea posts!

Holiday Gifts for the Young Drivers on your List – Got a new driver at home this holiday season? Here are a few practical items to help keep them safe on the road.

Take the Flag this Holiday Season - This one is for the hard-core car lover on your list.

One for the Road – Great Books about Cars and Driving – They can’t spend ALL their time driving or working on their car. So here’s a little light reading for the vehicle aficionado on your gift list.

Stocking Stuffers for Car Enthusiasts – Great little gift ideas that won’t break the bank – and might secure you the “shotgun” spot on your next drive.

Over to you, car lovers! What would you like to see in your stocking – or in your garage – this holiday season? Let us know in the comments! 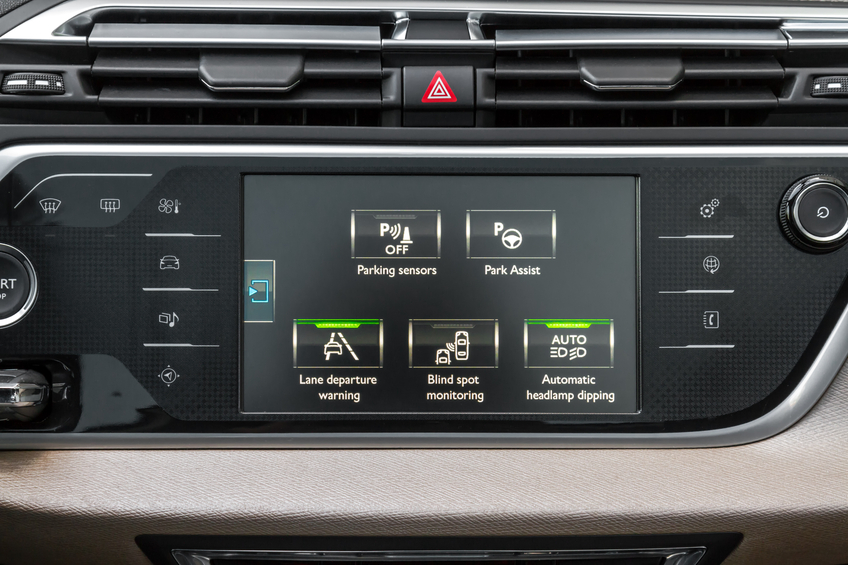 Do you remember when you bought your first new car and spent time choosing which options you'd add on: Heated seats? The "chrome package"? Motorized cup-holder? Granite trim? If you didn't specify them when you ordered your car, they were expensive or even impossible to add a year or two down the road.

But this is the future and we've made a bit shift from atoms to bits. Now, car manufacturers like Tesla are including all the hardware in every model but, in less expensive models, Tesla is limiting certain features or functionality. If you decide you want the on-board navigation or the higher capacity battery after all, you can pay a fee and your car's software will be updated accordingly.

Sound like when I play Pokemon Go and need some lures? Yup - you just bought an "in-app purchase" for your car. With Tesla leading the way, this could be the future for many car manufacturers. Tweaking software is certainly a cheaper option for manufacturers than having multiple versions of hardware. Plus, it potentially opens up higher-end makers to lower-end users, offering an upgrade path that is less expensive than an entirely new model.

What do you think? Would you buy a car that has some functionality disabled that you could then turn on down the road when you were ready to pay?

Potholes, cobblestones and skidpads: Welcome to the Automotive Proving Grounds 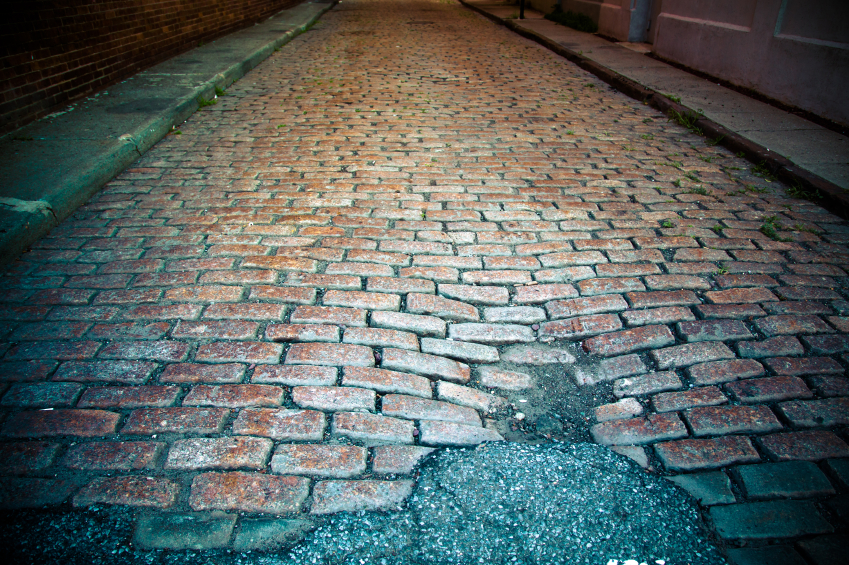 We’ve all seen videos of automobile safety testing – most of them show airbags deploying to cushion crash test dummies as a car drives into a wall. But until this week, I’d never thought about the other, less spectacular-looking testing that car manufacturers conduct to make sure that our cars can stop before they hit that wall. Most of us spend our time on the road avoiding potholes, trying not to fishtail on wet roads and driving far slower than 190km/hr – but as I read in this article from Driving.ca, safety-testing a car in risky conditions is all in a day’s work for an automotive proving ground test driver.

Automotive proving grounds are test facilities built by car manufacturers – places where they can push their vehicles to the limit in order to maximize their safety and reliability. In the early days of car manufacturing, vehicle testing was conducted on public roads, alongside regular traffic. But as the car became more popular and roads grew more congested, car manufacturers needed somewhere else to put their new models through their paces.

General Motors opened the world’s first automobile proving grounds in 1924 near Milford, Michigan. The original proving grounds were situated on 1,125 acres and included a 6.4 km gravel loop and a straightaway. Today, their proving grounds covers 4,000 acres and has several facilities, include the “Black Lake”, a pad of blacktop that can be spritzed with water and used to test vehicle dynamics. Here’s what the facility looks like today, from the air: 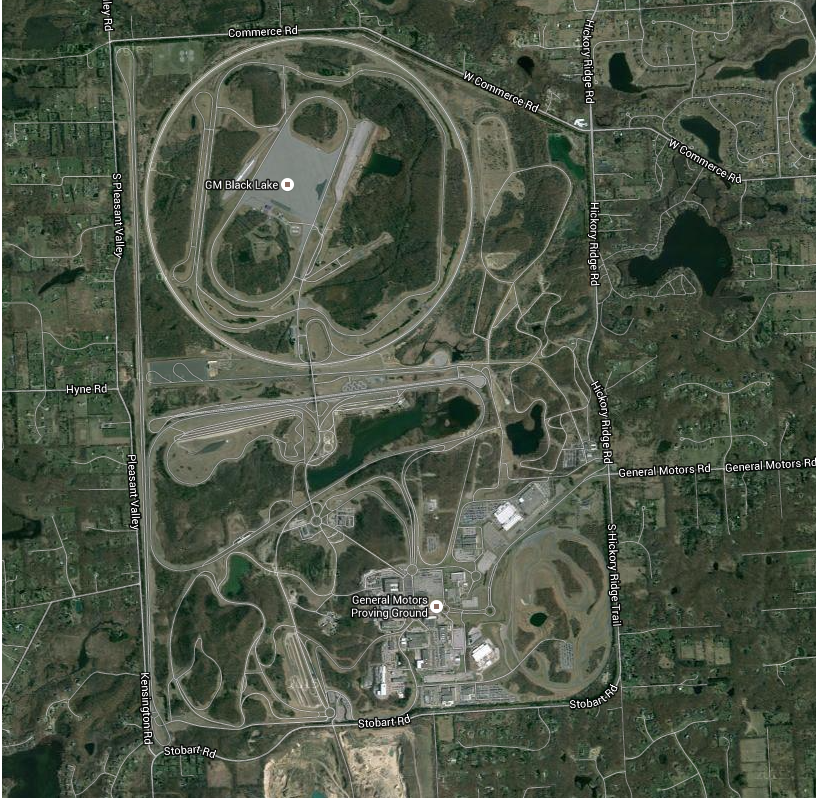 These days, most car manufacturers have their own proving grounds, designed to simulate every possible type of terrain you might encounter while driving. Test drivers are trained in advanced driving skills before tackling a wicked mix of terrains, conditions and speeds, all with the aim of compressing a lifetime’s worth of car abuse into just a few months. Gravel roads, skid pads and extreme off-road courses are a few of the terrains you’d find on any automotive proving ground. Ford recently laid down 50 miles of test tracks in their Lommel Proving Grounds in Belgium, dedicated to simulating potholes from 25 countries around the world – everything from the cobblestone streets of France to rutted intersections in China.

These cars are rode hard and put away wet – literally, as driving through water helps to test the rust proofing on a vehicle’s undercarriage. Car manufacturers use the drivers’ feedback and their own analysis to improve their designs.

This hilarious, action-movie-trailer-style video from Volvo’s proving grounds in Hällered, Sweden highlights some of the different tests and terrains the vehicles – and test drivers – are subjected to in the name of car safety.

Compare that Volvo video with this footage about automotive proving grounds from the 1950s. Testing back then was more rudimentary but no less thorough!

The job of test driving looks like a lot of fun – but according to Kia test driver Howard Edmond, driving in rough conditions for 7 hours a day, 5 days a week can be a little monotonous – and can also be hard on the posterior.

Have you ever visited an automotive proving ground? Do you think test driving would be a good job? Let us know in the comments!