Join Us in a Random Act of Driving Kindness

The other day I was caught in some downtown traffic on a rare day when we had snow in Vancouver. It was pretty tense and tight and then it got even tenser and tighter when there was an unexpected lane merge. And I was in the wrong lane. My hands gripped the wheel; my shoulders tensed - I hate tight merges. During rush hour. In the snow.

And then, just as I started to get all worked up, a car in the other lane slowed and the woman driving it made a big sweeping gesture, ushering me into her lane.

Relief washed over me. I smiled, waved a big thank you and pulled into the lane.

That lovely gesture really made my whole afternoon and it got me to thinking how the smallest things can turn a whole day around. Especially when we're driving. Driving can be stressful, even for the most experienced among us. These small kind gestures go a long way towards making the road a friendlier and ultimately safer place.

Monday, February 17 is Random Acts of Kindness Day. When we're out on the road on Monday, let's all agree to go the extra mile and be kind when we drive. A while back, we asked our fans over on the Petro-Canada Facebook page to suggest some "Live by the Leaf" courtesy driving tips. Some of them are perfect examples of a random act of driving kindness:

Any of these resonate with you? Even if your "thank you wave" is just extra big, I hope you'll join me in committing a few random acts of driving kindness on Monday. Maybe it will even become a habit!

Driving in the Next Decade

Happy New Year, PumpTalk Readers! Welcome to 2020! And not just a new year, but also a new decade. In lieu of resolutions this year, we thought we’d take a look at what the predictions are for driving trends for the next 10 years. We’ve selected our favourite five…take a read and see what you think. 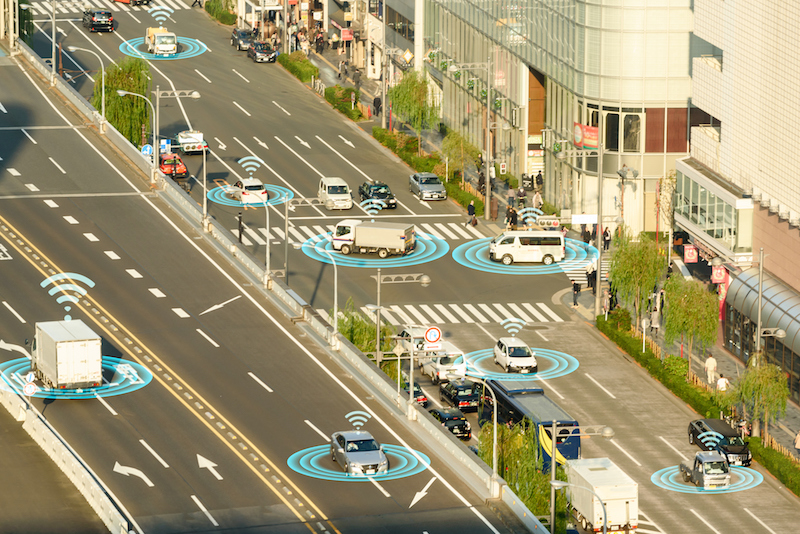 McKinsey predicts that roughly 15% of automobiles sold in 2030 could be fully autonomous.  And if consumers aren’t ready for their own personal self-driving car, a promising area for self-driving cars is the ride share industry. In the taxi and ride-share industry up to 60% of costs can be labour-related. Autonomous vehicles could go a long way to reducing those.

Task-Specific Vehicles
Generally speaking, whether we’re headed alone to work or driving our whole family up to the cottage, we use the same vehicle. However, with the growing urbanization of the population, increasing home delivery from services like Skip the Dishes or Amazon Prime and a discouragement of private vehicle use in dense urban environments like Vancouver and Toronto, choosing a vehicle tailored to the trip seems like a good idea.

This is the idea behind Mercedes Vision Urbanetic. The Urbanetic has modules that transform it from a ride-sharing vehicle to a delivery vehicle in five minutes. Check out the video below.

Shared Vehicles
Another trend pointing away from private vehicle ownership is an increase in the use of shared vehicles through services like ZipCar or Communauto or ride-hailing services like Lyft or Kater. McKinsey predicts that up to one out of ten new cars sold in 2030 may likely be a shared vehicle, which could reduce sales of private-use vehicles. This would mean that more than 30% of miles driven in new cars sold could be from shared mobility.

In-Car Health Monitors
In 2017, there were more than 1,800 road fatalities in Canada. More than 90% of crashes were caused by human error.  Self-driving cars or autonomous vehicles could help reduce that number. But until that technology is reliable and legislation is passed, another way to potential reduce fatalities is through in-car health monitoring. In addition to incorporating biometric identification systems into vehicles, manufacturers are taking the next step and investigating ways to monitor a driver’s heart rate and fatigue level, using sensors in seat belts and steering systems, and then warning drivers though in-car alarms.

V2X Communications
In addition to monitoring the well-being of the driver, vehicles equipped with various V2X technologies can monitor the environment around them. “V2X” communications or “vehicle-to-everything” communications includes:

As infrastructure is upgraded and elements like road signs, road markings and camera networks allow for V2X communications, there is a potential for reduced traffic congestion and increased fuel efficiency as well as improvements to pedestrian safety.

And those are five of the trends we see affecting our driving habits over the next decade. What do you think driving will look like in 2030? We’d love to hear your thoughts – leave us a comment below!

Keeping You and Your Neighbour Safe on the Roads this Winter

Now that you've gotten your vehicle ready for winter, you're ready to hit the snow-covered streets, right? Are you sure? How about a little refresher of important things to remember when you're driving in the winter? 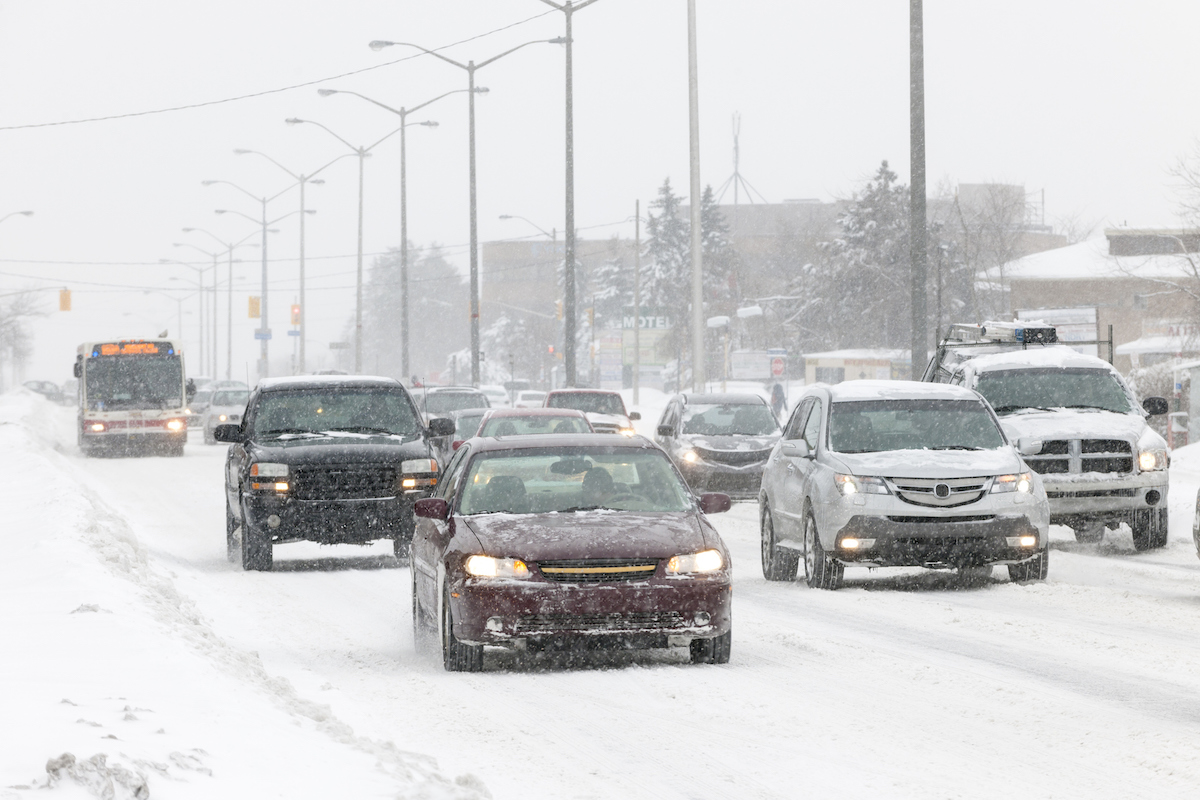 Stay informed.
Check the weather forecast before you leave – for both your morning and evening commutes. You'll want to be prepared for any mid-day weather shifts.

Exercise patience.
Remember, everything takes longer when you drive in the winter – from scraping and clearing your car to driving to your destination. Leave yourself enough time to get where you’re going.

Leave enough space.
In the summer, the three-second rule for minimum distance between you and the car ahead is a good one. For winter, try a six-second rule. This give you more time to react in an emergency situation.

Take a practice run.
If you haven’t driven in winter conditions in a while, or feel a little tentative, take some time and practice your winter driving when you’re not under any time pressure. Find a safe locale (an empty parking lot) and practice starting, braking and turning.

Be seen.
In the limited visibility season of winter, you want to be seen. Make sure your lights are on – even if you have automatic or day-time running lights, turning on your regular headlights is a good idea as they are often brighter and will enable other drivers to see you more clearly.

What’s your favourite winter driving tip? Let us know in the comments!

I did not have an easy time learning to drive. Until I got my hand/eye coordination figured out, I was prone to drifting into an adjacent lane. Not good. My Driver’s Ed instructor, Coach Parker, used to keep his hand poised right above the steering wheel so he could guide the car back to its own lane if necessary. 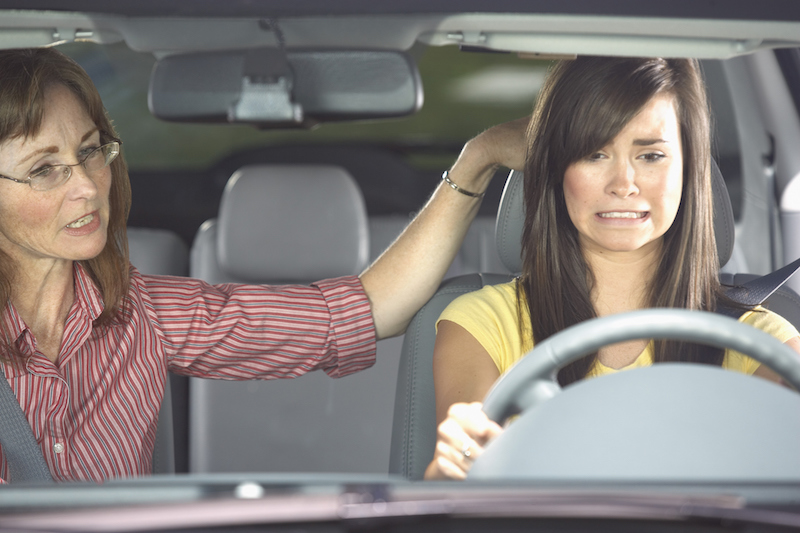 Still, even though it was tough when I learned to drive, I can’t imagine being a teen now and trying to figure it out, especially with advent of cell phones and the legalization of cannabis. Sure, we watched MADD videos and understood the importance of not driving while alcohol-impaired, but it seems that teens and new drivers have a lot more to worry about in 2019.

That’s why programs like Parachute’s “Teen Driver Safety Week” are so important. They focus on the key issues that impact young drivers and their passengers and educate them on how to stay safe on the roads. These issues include:

During “Teen Driver Safety Week”, Parachute encourages communities to raise issues around and engage in conversations with teen drivers, including activities such as “Positive Ticketing Blitzes” where student and local police work together to give out positive tickets to drivers who exhibit safe behaviour.

Parachute has also created videos like the one below to educate students about the impact of driving while impaired.

More information as well as downloadable resources are available on Parachute’s website. Have you participated in initiatives that promote safe driving in your community? Tell us about it in the comments!

Keeping Chill on Your Commute

A while ago, I had a job where I drove 30 minutes each way. Well, most days it was 30 minutes each way. Occasionally I would leave 10 minutes later than usual and those 10 minutes added another 20 minutes and a whole lot of stress to my commute. Leaving later meant there were more people on the road, worried about being late and trying to get to work on time. Inevitably, some of them drove like jerks.

When that happened, I had to work pretty hard to stay relaxed on my drive. Watching other drivers commit reckless moves only to get one car ahead increased my resolve to remain calm and, ideally, cheerful. Keeping chill on the commute (and getting to work in a good mood) usually required engaging my body, mind and emotions. Here are a few of the strategies I used: 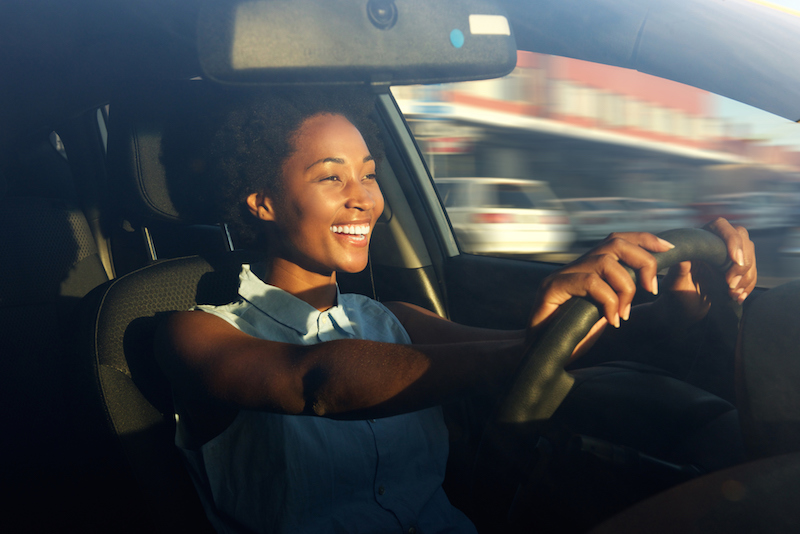 Breathe. We wrote about this is a previous PumpTalk post - Breathe in through your nose, slowly, for five seconds. Hold your breath for three seconds. Breathe out through pursed lips, slowly and gently, for seven seconds. Repeat.

Hydrate. I was originally a caffeine junkie on my commute. But then one day, on the advice of a friend, I switched to water with a little lemon in it (she also recommended cucumber – like the spa). I found it so refreshing that I started saving my coffee fix for after I arrived at the office.

Focus on Gratitude. Cruising down the 401 isn’t really the best time for a hardcore meditation, but I do find that spending some time being grateful is doable and a pleasant way to pass time while driving. It makes those times when another driver doesn’t seem to appreciate the wisdom of the zipper merge less fraught; it’s harder to get angry when you’re listing the things you’re grateful for.

How do you stay chill on your commute? I’d love to hear your tips – leave a comment below!

Older Posts
PumpTalk is a blog created by Petro-Canada, a Suncor business, to share information and engage in discussion about a number of topics, such as fuel efficiency and product responsibility. In our weekly posts, we discuss subjects that we believe are important and are of interest to drivers everywhere. Here you’ll find posts on gas prices, reducing fuel costs, sustainability, auto industry innovation, and vehicle safety and maintenance, as well as posts on climate change as it relates to the energy industry and our shared responsibility.